So naturally, when creating the library's Creative Entrepreneurship Master Classes we looked to the experts--local creative entrepreneurs with a national reach and a passion for helping grow our thriving community of creatives.

Before we kick off the inaugural classes, let's get to know each of our five master instructors a little bit better. 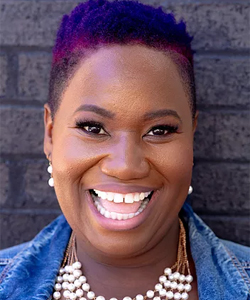 Shennice Cleckley is CEO/Founder of Smart Cookie Coaching, a children's book author and a sought after motivational speaker.  As a business strategist, she helps new and aspiring entrepreneurs clarify their purpose, build action plans, and grow their business.

She is an award winning baker whose business was featured by Google’s “Grow with Google” program, highlighting how she successfully transitioned her brick and mortar bakery to a completely online business model by using YouTube and online tools. Shennice co-hosts the entrepreneurial radio show and podcast Start Something Columbia on 100.7FM The Point.

A sought after keynote and multimedia personality, Shennice has appeared on ABC, CBS, FOX, NBC, and CNBC, including casting on the first season of CNBC’s West Texas Investor’s Club. After 16 years in the baking industry, Shennice put down her apron full-time and became an official Grow with Google partner. She combines her love for entrepreneurship with her gift of process design to help her clients organize their ideas and tasks. 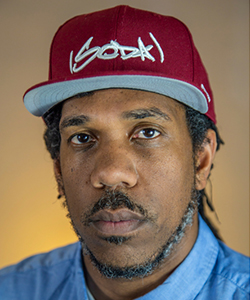 As South Carolina’s godfather of hip-hop, FatRat Da Czar’s music career has spanned over two decades. Originating in Hampton Roads, VA and honing his skills in Columbia, SC, Czar solidified his role as an acclaimed solo artist with the release of Da Cold War album trilogy (2007-2012).

In addition to opening for national acts to include Notorious B.I.G., Snoop Dogg, and Lauryn Hill, Czar has also engineered sessions for national artists ranging from KRS-One to Kevin Gates at the Boom Room, the hip-hop focused enclave of South Carolina's legendary Jam Room Recording Studio.

Through his role as founder and executive director of Love, Peace & Hip-Hop, Czar established World Famous Hip-Hop Family Day in 2013. This free annual festival dedicated to celebrating hip-hop culture has delivered artists such as Kool Moe Dee, Slick Rick, and Kid N Play to crowds of 12,000+ on Columbia’s Main Street. 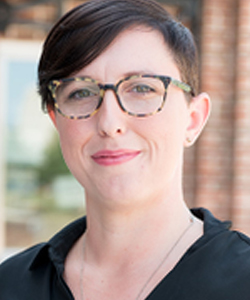 Sara Kennedy is a former Columbia Museum of Art employee turned front end developer. Following an eight year career in nonprofit administration, she became a student of The Iron Yard coding academy and graduated in 2014 from the Front End Engineering program. Sara is a co-founder of Sara and Kyle, a digital agency offering consulting, design, and development of custom websites and design systems for regional nonprofits and businesses.

Sara stays connected to Columbia’s art scene by serving on the board of directors for the Tapp’s Art Center, a giant artistic laboratory for community engagement, and The Jasper Project, which facilitates multi-disciplinary arts projects for emerging and established artists. She is also a member of the Digital Art & Design Advisory Committee at the Center for Advanced Technical Studies.

In her remaining free time, she loves traveling and spending time with her partner, Phill Blair, and their dogs and fat cat. 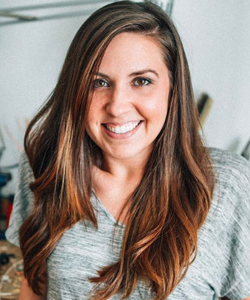 Melissa Giglio is a former elementary school art teacher turned full time artist and metalsmith. She is the owner and designer of nationally known January Jewelry, a growing business based out of her home studio in Columbia, SC. Featured on multiple podcasts, blogs, and magazines, Melissa has found a way to expose her craft to a wide audience, allowing her business to be financially profitable.

Melissa attended East Carolina University in 2004 and has a BFA in Art Education and Metal Design. With a background in teaching in addition to her contagious energy, Melissa has enjoyed encouraging and directing new makers and artists to paths of success both online and in person. 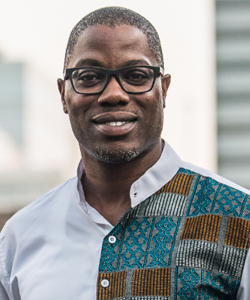 Sherard “Shekeese” Duvall is a film and messaging professional from Columbia, S.C. He specializes in visual storytelling, film education, media strategy, diversity consulting and is an advocate of Hip-Hop culture. He is an accomplished editor, director, and producer for commercial and documentary projects for VH1, Discovery Channel, ESPN, BET, The Mungo Companies, Justice 360, the American Cancer Society and many more. His unique skillset has been gained from a wide variety of directorial, managerial and technical skills in sales, marketing, strategic planning, market research, project development, project implementation, finance and operations.

Sherard stays active in the Columbia and South Carolina community. He is a 2020 Liberty Fellow, a 2016 Riley Fellow, a 2016 Leo Twiggs Arts Leadership Scholar, a 2015 South Carolina 40 Under 40, a 2015 Dream Chaser award winner, and a 2014-2015 American Graduate Champion. He currently serves on the board for the RAM Foundation and The Columbia Design League as well as advisory committees for SCETV, The Jubilee Festival, North Columbia Business Association (NCBA),  Justice 360 and is one of the founders of Columbia’s Hip-Hop Family Day, Love Peace & Hip-Hop.

He is owner and executive producer at OTR Media Group, adjunct professor at Columbia College, a 2001 University of South Carolina grad, a product of Richland District One schools, and the proud dad of his son, Cairo.

Ready to grow your creative talents into a sustainable business? Apply now for our Creative Entrepreneurship Master Classes and let our Master Instructors share their tried-and-true tactics with you. Apply Now

I love a good YA series or anything DIY related—especially if it involves old houses or overgrown gardens. Blog
#OWN VOICES / You Had me at Hola! by Alexis Daria Book Review
Image