As summer winds down and kids return to school the rest of us can become nostalgic for our own school days, a time when we were constantly learning about life and experiencing the thrilling joys of friendship and first love or the inevitable heartbreaks and embarrassments which came to us all.

For many of us, popular music becomes especially important from middle school through high school and college, acting as a dramatic soundtrack matching the emotional intensity of our young burgeoning lives. We begin to define our own identities in part through what we enjoy. “'Time After Time' is my favorite song” we say, or “I’ve learned all the words and chords to 'Killing Me Softly' and play it on my guitar.”

We drive for the first time without parents in the car, cranking the radio way up and singing along when "Livin’ on a Prayer" or "Just a friend" comes on. We might even plug a cassette adapter into a portable CD player on the passenger seat which plays Illmatic or OK Computer.  After a long day we listen to OutKast or New Order with headphones on and lights off. We dance through the night to Whitney Houston and George Michael. We blast Will Smith out of our boom boxes while we shoot some B-Ball outside of the school. 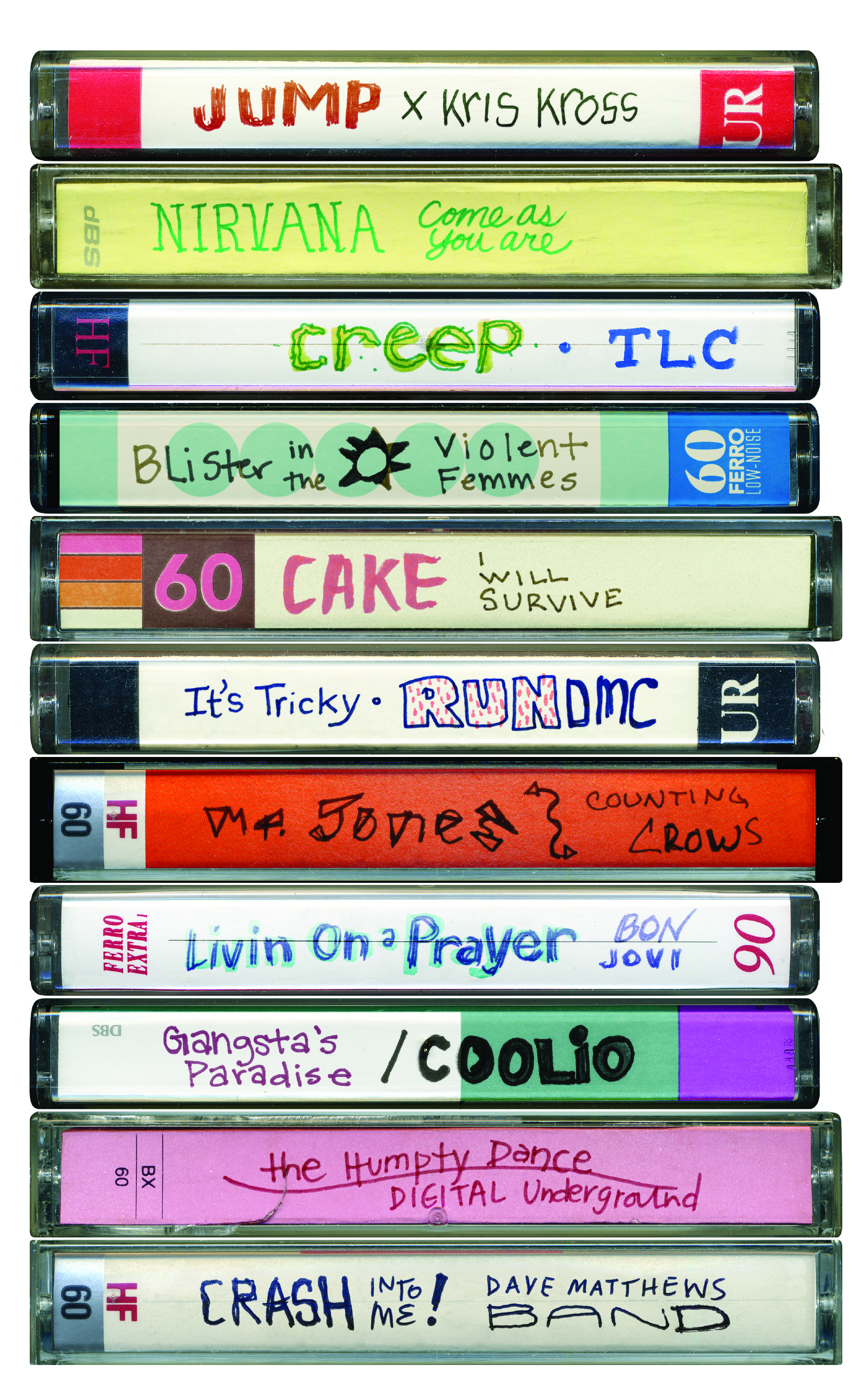 At the library we wanted to channel this nostalgia with our Freegal playlist Mix Tape: Back to Cool Instead of looking back on the music of the last twenty years and making a playlist corresponding to the Millennial school days, or considering the music of 60s and 70s and thereby conjuring the youth of the Baby Boomers, we decided to look back at the music popular while Generation X was in its formative years.

These days we’ve become inundated with discussions about the lifestyle differences and political conflicts between Millennials and Baby Boomers. All too often Generation X is left out of the conversation entirely or only mentioned in passing.

Between 1984 and 1997 Generation X witnessed many popular music trends, from arena filling Rock bands with power guitar riffs and spirit stirring vocals to inventive Hip Hop artists laying poetic phrasing over infectious beats. From impressively produced Pop tunes with reverb gated drums and synthesizers to the raw aesthetic of Grunge and Indie Rock. From the early days of MTV and the Walkman to the growth of the internet and Napster all of which would change how we discover and listen to popular music. From the heyday of the mixtape to the early years of the burned mix CD.

Check out our streaming playlist Mix Tape: Back to Cool and see how many of your favorites made it and discover something you missed the first time around.

Here are 15 tracks that struck a fresh chord with me while we were putting it together:

This playlist originally appeared in issue 003 of Access magazine. For more creative ways to learn, create and share in our community, visit RichlandLibrary.com/Access.