In her second novel -‘Pachinko’, author Min Jin Lee has spawned an absolutely stunning and sprawling saga of four generations of a Korean family who move to Japan in the hopes of a better life.

Pachinko, a 2017 finalist for the National Book Award for fiction is a riveting read which has received rave reviews. It has been on the bestseller lists of New York Times, Boston Globe, Washington Post, USA Today and Wall Street Journal.  Apple TV has purchased the rights for a television adaptation of this book. It is noted critic Roxane Gay's Favorite Book of 2017.

Simon Winchester, New York Times bestselling author writes, "Both for those who love Korea, as well as for those who know no more than Hyundai, Samsung and kimchi, this extraordinary book will prove a revelation of joy and heartbreak. I could not stop turning the pages, and wished this most poignant of sagas would never end. Min Jin Lee displays a tenderness and wisdom ideally matched to an unforgettable tale that she relates just perfectly." 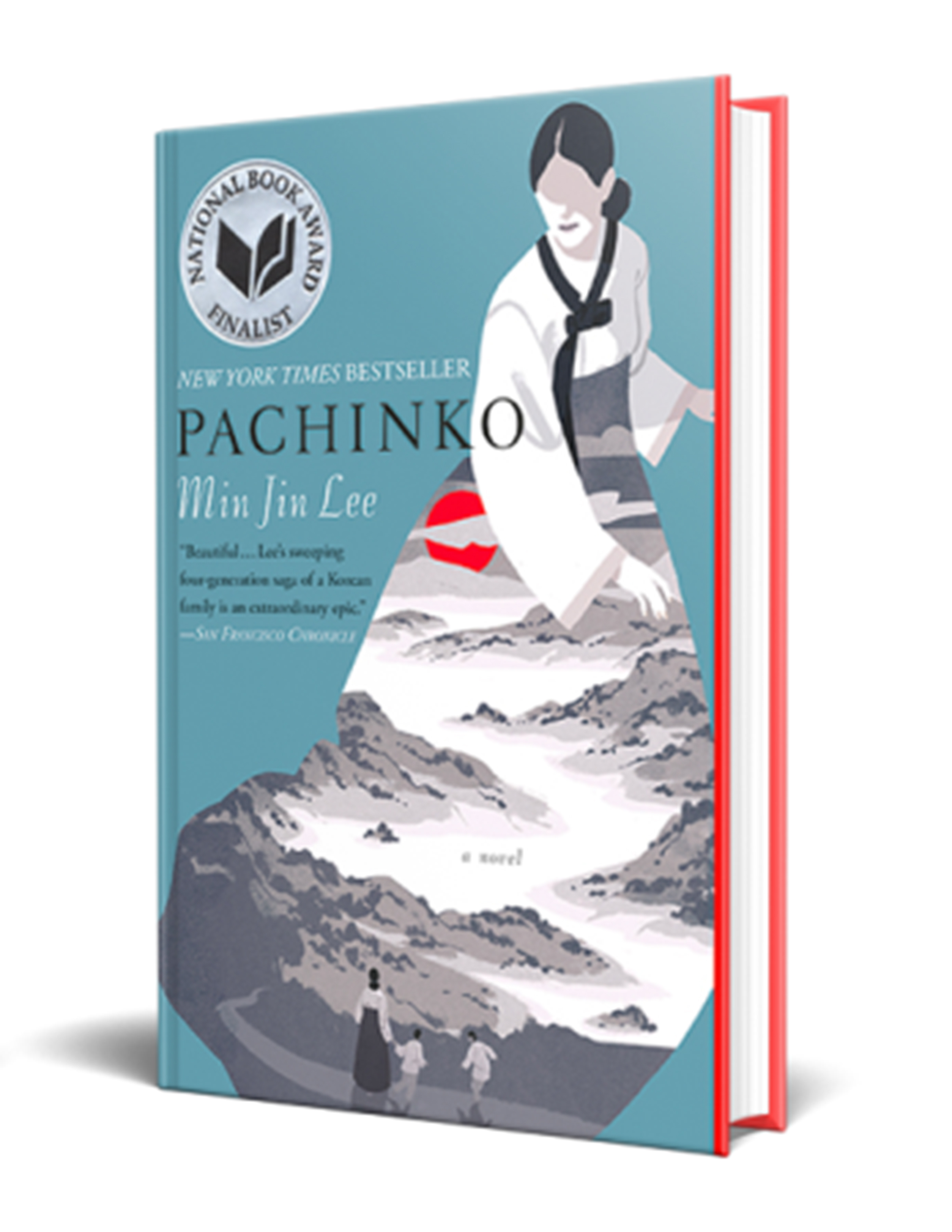 The novel was inspired by a guest lecture Lee attended at Yale in 1989. An American missionary talked about the term “Zainichi” which literally means “foreign resident staying in Japan” but is often used as a derogatory word for Korean immigrants. Lee heard the true story of a middle school boy who was bullied because of his Korean ethnicity. The boy jumped off a building and died and Lee could not forget that incident. The story stayed with her and simmered within her for years. She moved to Osaka in 2007 and did extensive research firsthand to finally get this novel published in 2017.

The novel is divided into three parts. Book 1- Gohyang/Hometown (1910-1933) starts in a small five mile wide fishing village of Yeongdo, beside the port city of Busan in Korea. An elderly fisherman and his wife take in lodgers to earn money. They have three sons but only Hoonie, who was born with a cleft palate and twisted foot survives. However, this boy had a “thoughtful temperament” and “large, smiling eyes”

In 1910, Japan occupied Korea. Min Jin Lee writes that Korea’s “incompetent aristocrats and corrupt rulers had lost their nation to thieves” Hoonie marries Yangjin and they go on to have a daughter names Sunja. When Sunja is thirteen, her dad dies of tuberculosis. Sunja is pursued by the much older Koh Hansu who protects her from some bullies and gains her adulation. When Sunja is pregnant with Koh Hansu’s child she comes to know that he is already married.

Crestfallen, she seeks solace in Baek Isaak who is a Protestant minister willing to marry her and give his name to the child. Sunja moves with her new husband to Osaka, Japan to be with his brother Yoseb and sister in law Kyunghee. Book one ends with the birth of Sunja’s first child named by his uncle as Noa- “because he obeyed and did what the lord asked. Noa-because he believed when it was impossible to do so.”

Book 2- Homeland (1939-1962) follows the family’s fortunes in Japan. Sunja has another son named Mozasu. World War two breaks out and Yoseb goes to work in Nagasaki in a factory. He is brutally burnt and disabled during the bombings.  Baek Isak dies after being incarcerated and then very briefly united with his family. The boys grow up and follow different paths, one studious, the other finding work at Goro's Pachinko Parlors. Book two ends with Sunja trying to find Koh Hansu so that she could know where her estranged son Noa is.

"The reason why Pachinko has resonated so deeply with its readers is that the seemingly simple themes of family, faith, fate, and identity are also profoundly universal."

In Book three- Pachinko (1962- 1969), the sweeping saga spirals with the joys, trials and tribulations in the lives of Sunja and her sons. Noa is tracked down by his mother but there is no happy reconciliation. Mozasu is gaining money and notoriety by owning Pachinko Parlors.He gets involved with Etsuko and she brings her troubled teenaged daughter Hana to stay with them.His son Solomon goes for further studies to America and meets a Korean American girl named Phoebe.Book Three ends with Sunja visiting the grave of Isak and seeking solace in the knowledge that Noa visited the grave every year too.

The reason why Pachinko has resonated so deeply with its readers is that the seemingly simple themes of family, faith, fate, and identity are also profoundly universal.

The love of family is paramount in this novel. Even though Hoonie and his family were poor and faced hardships, they found joy and happiness in being together and eating dinner together. Hoonie “seemed to live to make his child smile” and even though Sunja was an average looking girl, “to her father, she was a beauty, and he marveled at her perfection”. When Hoonie dies, Sunja misses him terribly and “there wasn’t a day when she didn’t think of her father or hear his voice in her head”. Having lost my dad at a young age myself, I could relate to this beautiful relationship between father and daughter and the deep yearning for paternal love.

Sunja raises her two boys Mozasu and Noa with love and grit. The boys have different personalities and ambitions. Later, when the boys are all grown up, Sunja ponders, “If life allowed revisions, she would let them stay in their bath a little longer, read them one more story before bed, and fix them another plate of shrimp.”  Children grow up so quickly indeed and I could connect with the message of cherishing every minute of their childhood.

The novel highlights the importance of identity. Who are you? Where are you from? All of this should not matter but it does. Noa looks like his biological father but his temperament is similar to the father who raised him. He is a good man with virtuous ideals and values. When he learns that his real father belongs to the infamous thug clan of the Yakuzas, he is deeply devastated. Noa cannot recover from this discovery and his life takes a tragic turn.

It is interesting that the experiences of ethnic Koreans in Japan a century ago mirrors how we still treat immigrants in modern times. They will always be second class citizens. It is horrifying to see how cruel people can be to one another. Mozasu and Noa are bullied in school for being Korean. On his death bed Baek Isak tells Noa that he is proud of him for being brave as “living every day in the presence of those who refuse to acknowledge your humanity takes great courage”

Yumi, Mozasu’s wife feels that being Korean is a “horrible encumbrance”, she dreams of going to Los Angeles where she thinks she will be treated fairly instead of  “clinging to Japan, which was like a beloved stepmother who refused to love you” Mozasu rightly says, “In Seoul, people like me get called Japanese bastards, and in Japan, I'm just another dirty Korean no matter how much money I make or how nice I am.”

I loved the depiction of a woman's indomitable strength in this novel. Sunja and Kyunghee are the backbones of their family. Yangjin had prepared her daughter by telling her early on, “Sunja-ya, a woman’s life is endless work and suffering.”

The sisterhood between Sunja and Kyunghee is heartwarming. They care for each other and support each other. They work together to make and sell kimchi to earn money for the family.

Faith is very present in this novel. Baek Isak is a devout man who believes in the “divine design”. He refuses to stop praising his Lord even if that meant he would be incarcerated. When Yangjin tells Sunja that Koh Hansu “ruined her life”, Sunja wonders, “Had he?” She is reminded of what Joseph said to his brothers who had sold him into slavery- “you intended to harm me, but God intended it for good to accomplish what is now being done, the saving of many lives”

The novel contemplates on the role of fate and destiny in our lives. Mosazu “believed that life was like this game where the player could adjust the dials yet also expect the uncertainty of factors he couldn't control. He understood why his customers wanted to play something that looked fixed but which also left room for randomness.”

Pachinko parlors were mostly run by Koreans as in the absence of well paying job opportunities for immigrants, it was the only way for them to earn a lot of money. Pachinko which is a pinball machine where you can win money like you would do playing a slot machine is a recurring symbol of fate and identity in the novel.

Did you know that Pachinko was selected as the 2019 One Book One Community title? Browse previous selections of our Community Wide Reads and join your friends and neighbors at upcoming #OneBookOneCommunity author events and book groups. 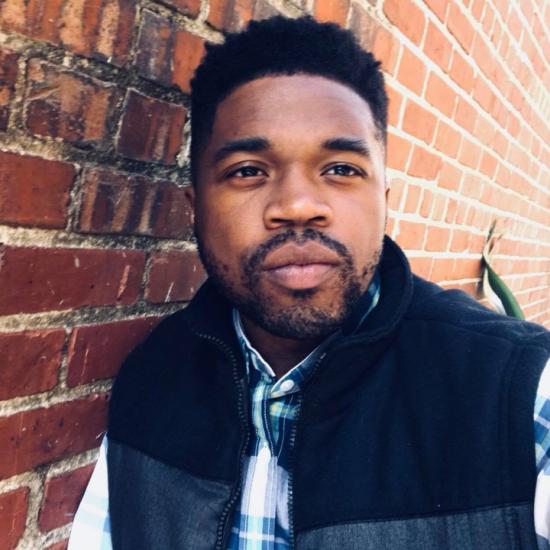