To keep it simple, the purpose of the Census is to paint a more fully informed picture of the changing face of America and its population count. It’s about fair representation.

The demographic and cultural make-up of the United States continues to change and increase in complexity. We are long-gone from traditional households, traditional family make-ups.  More than a melting pot, we have become an all you can eat salad bar.

English is not the only primary language used in households in SC and across the U.S. today. Baby boomers are moving out of their homes and into more assisted living facilities or cared for by their children. Millennials are less likely to dive into home ownership. Societal, demographic, technological trends have changed.  We are a country made up of states, counties, cities, communities and neighborhoods that are continually shifting and changing shape.

For every person counted his or her state receives $1,144 per person annually.

In addition to painting a picture of the population, it also helps figure out how many seats each state receives in the U.S. House of Representatives. And more importantly, how much funding each community receives!  Did you know that for every person counted his or her state receives $1,144 per person annually?

Your community benefits most from the Census because it supports community initiatives involving quality-of-life, advocacy, and public safety, creates jobs, and improves neighborhoods. According to Census Bureau data in 2015, more than $675 billion in funds were distributed, and if you live in SC, then you understand how important this federal funding is to the vitality of our state.

“This federal money funds, grants, and supports states, counties and communities based on population totals and breakdowns.” (Census.gov) Cities and private industry use Census data for hospital expansions, housing, schools, etc.  and more!

There are often many barriers to participating in the Census.  From the “It doesn’t impact my life”, “I don’t trust the government”, to “I don’t have time to fill this out.”  You name it and there’s an app for that.

Being a Community Health Social Worker, I see people daily who deal with various health disparities who are unable to get basic medical care.  Part of the reason is because many of our SC residents, particularly here in Richland County, went uncounted in the last Census and now fall in the coverage gap. 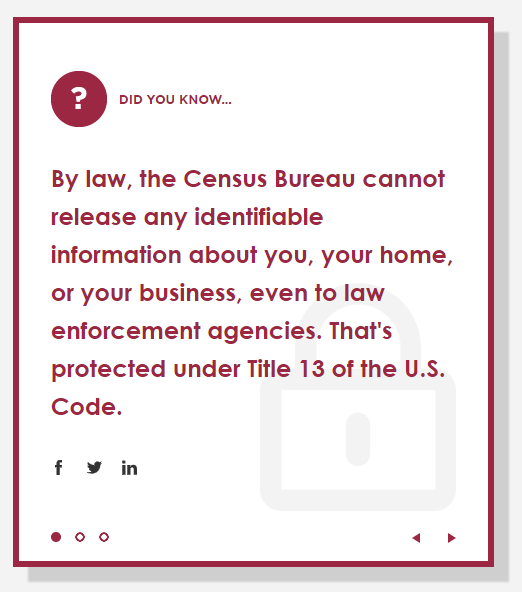 The Census has been updated several times over since 1790. The forms are clearer, easy to read and understand, and electronic. This year is the first time the census can be completed online.

You can get counted standing in line at your local Starbucks or waiting on the school bus with your child in the morning.  Even if you’re waiting in the drive-thru line to get your food, you can complete the Census. It’s that simple.It’s that easy.

Remember, your data is confidential. It’s used to produce statistics only. By law, the Census cannot share your information with immigration enforcement agencies, law enforcement agencies, or allow it to determine your eligibility for government benefits. In other words, it’s safe and credible.

It’s also required to be completed by the US Constitution every 10 years. It’s your civic duty to join people all over the state this spring to say #SCCountMeIn.

Why should you care about the Census? Because everyone counts. Everyone matters.  Complete the 2020 Census in April  and say I COUNT in SC!