There was a time when books and comic books were made into movies and tv shows.  Now the reverse is happening as well.  Various movies like The Labyrinth by Jim Henson and The Lost Boys were created for the big screen. Now comic/manga/graphic novels have been written and illustrated to expand those worlds.  In this time when people are not able to check out new movie or TV shows in DVD/Blu-ray format, electronically accessing the graphic novels with new materials with your library card and pin is the next best thing.  Hoopla has a lot of electronic graphic novels available to read.  You can check out ten titles each month.  Some of the titles below allow you to check out a mega volume containing more than one issue of the series. 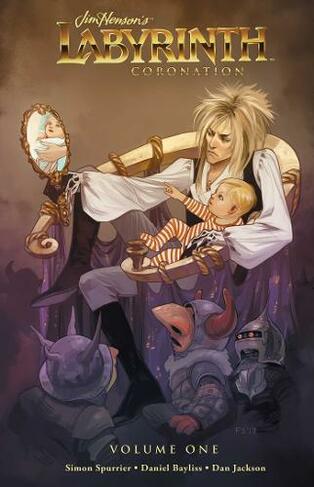 In 2006, fans were granted a fresh look into Toby and Sarah’s life after Labyrinth in the four part Manga titled Return to Labyrinth.  We are also able to see a fresh telling of Labyrinth from a prequel standpoint.  Through Hoopla we can check out, using our library card number and pin, ten titles each month to read.  The title of the new way into the Labyrinth world is Jim Henson’s Labyrinth: Coronation written by Simon Spurrier and illustrated by Daniel Bayliss.  There are 12 issues in all.  You can borrow the first four volumes in one mega issue, to only use one of the ten borrows.  Through these pages you are transported back into the Labyrinth world when the baby Toby was held by the Goblin King, Gareth.  You also see the story of Gareth as a baby and the person who tried to save him from becoming the Goblin King.  We are again asked, “What is real”, and “What is a distraction”?  And remember, creatures and situations “are not always as they seem.” Rated E for everyone. 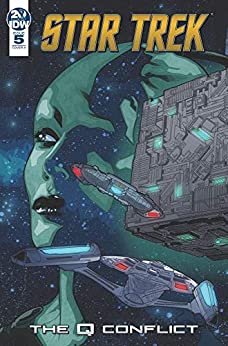 Star Trek, one of the first tv shows about space exploration, also has many versions on the small screen and big screen for each new generation.  From Star Trek: The Next Generation to Star Trek: Voyager and now Discovery and Picard, we are treated with continuing story lines of old friends, and new ones.  In Hoopla there are graphic novels for each version of Star Trek.  The graphic novel I chose to read is called Star Trek: The Q conflict.  The authors are Scott and David Tipton.  The illustrator is David Messina. In this graphic novel you will be brought into a "war” as only Q can make them.  He brings together Captain Kirk, Picard, Sisko and Janeway, with their individual crews.  Let the fun, or headaches begin. Rated T for teen and up.

Another series that started as a movie was Star Wars.  Hoopla has many versions of the graphic novel spin offs of the Star Wars Universe. One that I am reading now takes place right after Star Wars A New Hope.  The series, called Sar Wars Skywalker Strikes, started in 2015.   Written by Jason Aaron and Illustrated by John Cassaday, the series presents the story of our rebel heroes trying to steal from the Empire.  Our heroes find the truth behind who “works” in the Empire’s weapons factory, only to have to deal with Storm Troopers and Darth Vader.   Rated for T for teen and up. 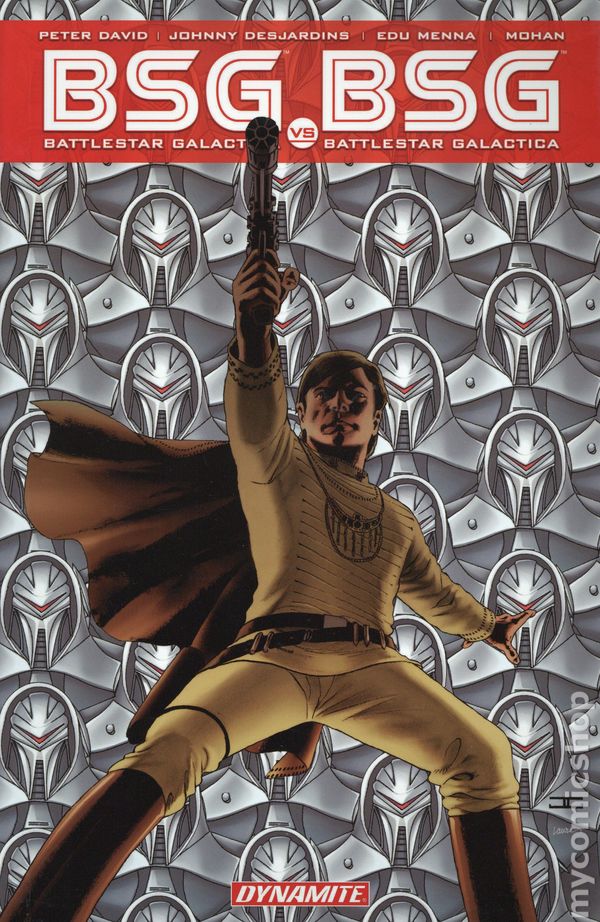 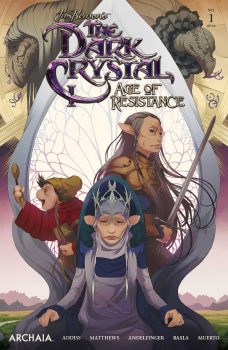