Here are a few videos that discuss race relations, empathy, privilege and intersectionality. They may help you organize your thoughts and give you ideas to implement in your personal life during these volatile times. 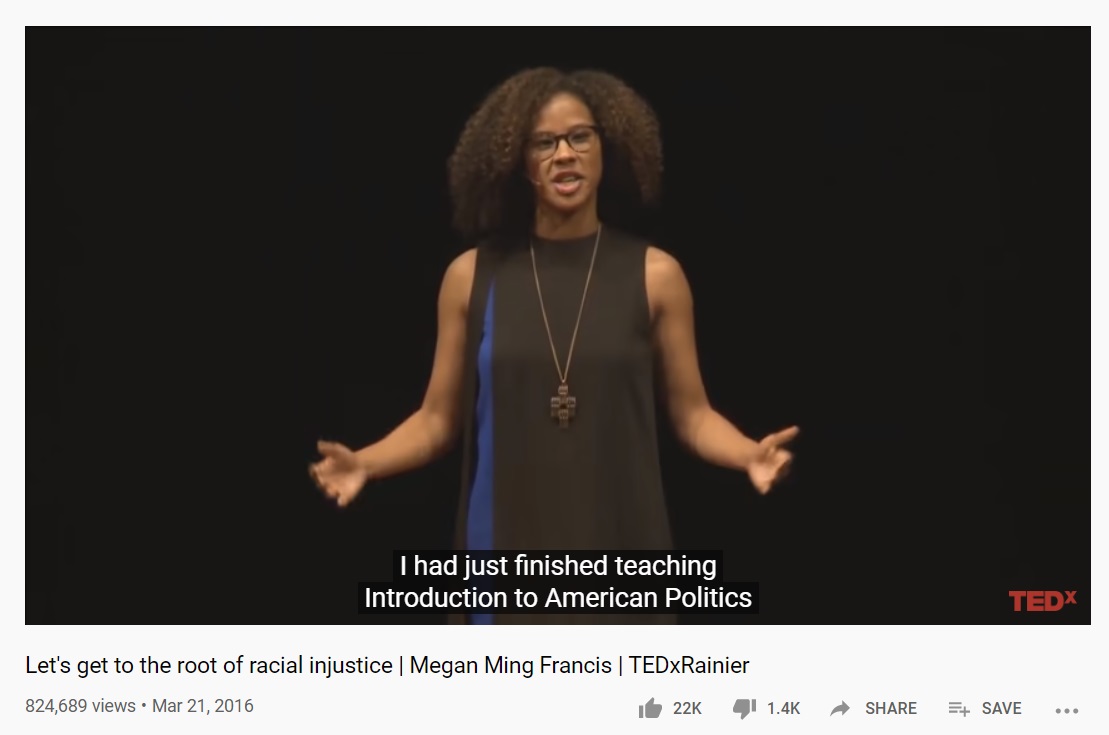 Let's get to the root of racial injustice

Megan Francis traces the root causes of our current racial climate to their core causes, debunking common misconceptions and calling out "fix-all" cures to a complex social problem

What is the best way to ease someone's pain and suffering? In this animated RSA Short, Dr Brené Brown reminds us that we can only create a genuine empathetic connection if we are brave enough to really get in touch with our own fragilities.

Courageous Conversations: Sharing Stories About Race and Pledging to Practice More | WHYY | May 23, 2017

Participants share a time when they felt uncomfortable talking about race and how they dealt with it.

Black Feminism challenges us to act on the inextricable connections of sexism, class oppression, racism, ableism, homophobia and transphobia. As the contemporary Movement for Black Lives has invigorated resistance to racism and structural violence, this panel reflects on ways that Black Feminism shapes and informs the current struggles and successes.

Peggy Mcintosh explains the myth of meritocracy and how she changed her thought processes. She discovered enhanced compassion for other people. She asked herself what does she get each day that her colleagues of color don’t get, and penned the paper White Privilege: Unpacking the Invisible Knapsack.

Professor Rhonda V. Magee is a teacher of mindfulness-based stress reduction interventions for lawyers, law students, and for minimizing social-identity-based bias. She discusses Surplus Suffering – the various ways our cultures/societies/communities organize resources and unevenly distributes them so that additional suffering occurs.

How can we be more loving and accepting of others? Attune to the needs of the particularly vulnerable and marginalized populations that you come in contact with. Remove the us versus them mentality.

In an engaging and personal talk - with cameo appearances from his grandmother and Rosa Parks - human rights lawyer Bryan Stevenson shares some hard truths about America's justice system, starting with a massive imbalance along racial lines: a third of the country's black male population has been incarcerated at some point in their lives. These issues, which are wrapped up in America's unexamined history, are rarely talked about with this level of candor, insight and persuasiveness.

Now more than ever, it's important to look boldly at the reality of race and gender bias - and understand how the two can combine to create even more harm. Kimberlé Crenshaw uses the term "intersectionality" to describe this phenomenon; as she says, if you're standing in the path of multiple forms of exclusion, you're likely to get hit by both. In this moving talk, she calls on us to bear witness to this reality and speak up for victims of prejudice.

Racism makes our economy worse -- and not just in ways that harm people of color, says public policy expert Heather C. McGhee. From her research and travels across the US, McGhee shares startling insights into how racism fuels bad policymaking and drains our economic potential - and offers a crucial rethink on what we can do to create a more prosperous nation for all. "Our fates are linked," she says. "It costs us so much to remain divided."

Trevor shares his thoughts on the killing of George Floyd, the protests in Minneapolis, the dominos of racial injustice and police brutality, and how the contract between society and black Americans has been broken time and time again.

How to overcome our biases? Walk boldly toward them | Vernā Myers | TEDxBeaconStreet | November 2014

Our biases can be dangerous, even deadly - as we've seen in the cases of Michael Brown in Ferguson, Missouri, and Eric Garner, in Staten Island, New York. Diversity advocate Vernā Myers looks closely at some of the subconscious attitudes we hold toward out-groups. She makes a plea to all people: Acknowledge your biases. Then move toward, not away from, the groups that make you uncomfortable. In a funny, impassioned, important talk, she shows us how.