The United States government has done a count of the population every ten years since 1790.

As a genealogist, I make use of the census all the time when I’m doing research. But depending on which census I’m looking at, I get different information about the people I’m researching.

Here are some things I’ve learned about the census through the centuries.

The census was originally carried out by United States marshals from 1790 through 1870.

In fact, the 1790 Census was conducted by 650 marshal’s assistants on horseback going door to door. But starting in 1880, Congress assigned trained enumerators to conduct the census, and in 1902 the United States Census Bureau was created.

The Census Bureau has handled the census ever since. The bureau hires temporary workers to assist in the federal census. In 2010, they hired more than 1 million people to count the 310 million people in the United States at that time.

The first census was recorded in 1790 and only named the head of the family.

Other members of the family were only identified as numbers of people living in that household. Alexander Hamilton, the first Secretary of the Treasury made famous by Lin-Manuel Miranda in his Broadway musical Hamilton, was named in the 1790 Census with one other white male 16 years or older, one white male under the age of 16, and one white female.

The 1790 Census listed white men 16 years or older to determine the number of citizens eligible to serve in the military. Hamilton’s household did not include any free people of color or slaves.

The data recorded in the census has changed a lot over the centuries.

At first, only the head of the family was named, however starting in 1850, the census named all the members of a household. This family shown above in the 1850 Census includes names for William Collins, Zion Collins, Catherine Collins, and infant Fletcher Collins. All four are Black, and William is a lawyer, while Zion is a “waggoner”. That’s a lot more genealogical information gleaned from this 1850 Census record than would be found in earlier census records.

The majority of the 1890 Census records were destroyed by a fire.

Like the ten censuses before it, the 1890 census was conducted as scheduled, and the records were being stored in the basement of the Department of Commerce building in Washington, D.C. A fire broke out in this building on January 10, 1921, and the majority of the 1890 Census records were destroyed by the fire. This leaves a large gap in genealogy research from 1880 through 1900, and the impact of this gap shows how valuable the U.S. census really is for genealogical research.

Census records are not immediately accessible to the public.

The 1940 Census shows librarian Fant H. Thornley as a single white male, 30 years old, and living alone in Columbia. This image is just a small part of the many columns of data we can get about Fant Thornley in the 1940 Census. Before 2012, we could not use this particular record to learn more about him. That’s because census records are not immediately accessible to the public.

In fact, they cannot be made public until 72 years after completion. So the 1940 Census was not available for genealogists until April 2, 2012, but with the release of each census comes another treasure trove of genealogical information.

Because of the “72 year rule,” the 2020 Census will not be available for genealogists until 2092. When it is released, will your descendants be able to find you in the 2020 Census? 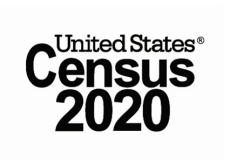