Claudia Smith Brinson's Stories of Struggle: The Clash Over Civil Rights in South Carolina shines a light on some of South Carolina's most influential pioneers of social justice.

For over 30 years, Claudia Smith Brinson has been an award-winning journalist serving as senior writer,  writing coach, associate editor, and columnist for the Knight Ridder media company, senior writer for The State newspaper where she was a member of the Pulitzer finalist team covering Hurricane Hugo, professor of writing at the University of South Carolina, and was the director of the Writing for Print and Digital Media major at Columbia College.

Cecil Williams, lauded South Carolina photographer and director of the Cecil Williams South Carolina Civil Rights Museum in Orangeburg, SC, adds powerful visuals to make this book shine. Mr. Williams is celebrated at Richland Library and was interviewed  for an oral history in the Walker Family and Local History room in 2007. 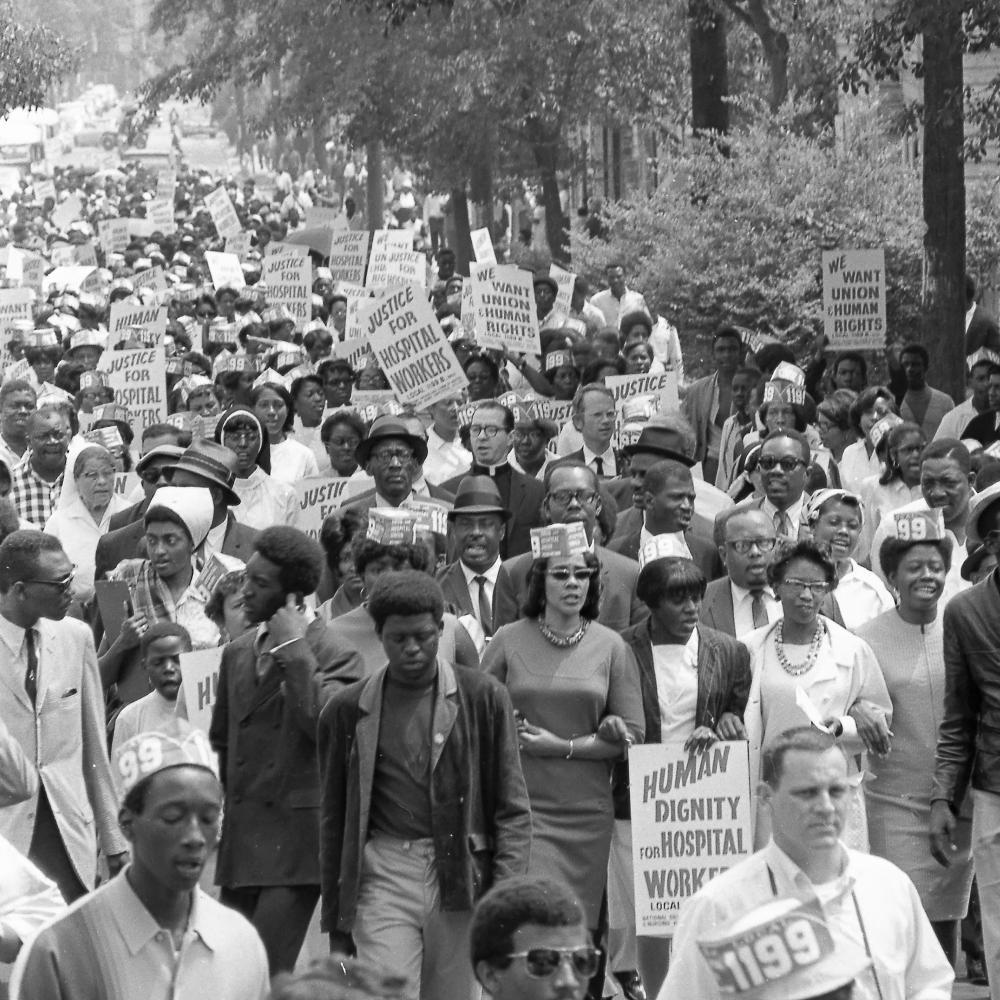 National Endowment for the Humanities

Stories of Struggle is a collection of accounts of some of the lesser-known Civil Rights activists spanning from the 1930s to the 1960s in South Carolina. Beginning her research in 2003, Claudia Smith Brinson interviewed over 150 Black activists and their loved ones so as not to let their stories be forgotten, nor ignored. Broken down into 5 chapters, each focusing on a different struggle toward equality, we meet many people who worked tirelessly and against excessively difficult odds to "launch the era of extreme racial changes” (Cecil J. Williams). Part of the beauty of this book, is that the stories move in chronological order, but can be read separately or as a whole, and are “both intertwined and independent”.

We first meet Rev. James Myles Hinton Sr., President of the South Carolina Conference of Branches of the NAACP from 1941 to 1958, who fought relentlessly for equality in schools, college admission, Black teacher salaries, and voting rights. Many universities were opening “new” law schools for Black students to circumnavigate the discrimination and make it look like they were accepting, but Hinton kept fighting. As a driving force for each of these endeavors, he was not afraid of taking action in court, and helped blaze the way for the lawsuit in Clarendon county schools, with Briggs v. Elliott in 1951, the first of 5 lawsuits which led to Brown v. Board of Education. Even after the ruling, South Carolina was one of the last states to fully integrate, but Hinton was there every step of the way fighting to make the change, even after being kidnapped and beaten by the KKK, having his house ransacked, and surviving lynching attempts.

As the long road to desegregation in schools began, Harry and Eliza Briggs of Summerton, SC headed up petitioning efforts for equal education alongside Rev. Joseph Armstrong DeLaine. Petitioners were met with job firings, KKK death threats, evictions, and more. Brinson explains in great detail barrier after barrier that the activists faced, but also the sheer determination and will to get their children an equal education complete with basic resources such as school buses, desks, running toilets, and adequate textbooks, that at the time were only available to whites. South Carolina schools did not completely desegregate until 1970.

We then come to meet Cecil Augustus Ivory, a key leader of the Rock Hill sit-ins and bus boycotts and helped rescue beaten Freedom Riders including John Lewis in 1961. Student protests sparked all across the nation, and in South Carolina, Thomas Walter Gaither, Charles Frederick McDew, Rev. Cecil Augustus Ivory, Rev. Isaiah DeQuincey Newman, and James T. McCain “shaped the sit-in movement into a peaceful powerhouse for change not only locally but also nationally.” Up against the KKK and the White Citizens’ Council, a segregationist group founded in Mississippi after the Brown v. Board decision who gained steam in South Carolina soon after, Black student leaders and protestors faced violence, cross burnings, threats, beatings, and police brutality (of which some incidents resulted in hospitalizations) as they peacefully and stoically protested. Student protests began popping up all across the state, garnering hundreds of arrests which Cecil Augustus Ivory responded “The word ‘jail’ has changed its meaning. Jail has become a glorious word, the symbol of sacrifice we have to pay for first class citizenship.”

Richly detailed, Brinson brings the agony and backlash protestors battled during this movement, while shining a light on so many of the people who were influential in making the forceful and necessary changes.

Last but not least, we meet Mary Moultrie, the nurse’s aid who led the Charleston Hospital Workers Movement and strikes in 1969 and had the support of Coretta Scott King. After working in a New York hospital and getting a taste of what proper working conditions should be like when she moved to Charleston, the racial divide was so vast she could not remain silent. Picketing two hospitals, Medical College Hospital (MCH) and Charleston County Hospital (CCH), Black employees fought for better pay and working conditions. Strikers were met by National Guard troops in riot gear and with bayoneted rifles.

Brinson takes major events in South Carolina’s history that are often overlooked and brings them to light while making the stories particularly moving. Extensively researched, this book is by no means light reading, but is crucial to the understanding of the Civil Rights movement as a whole, the role that South Carolina played nationally, and to understanding the current racial climate that we find ourselves in today. 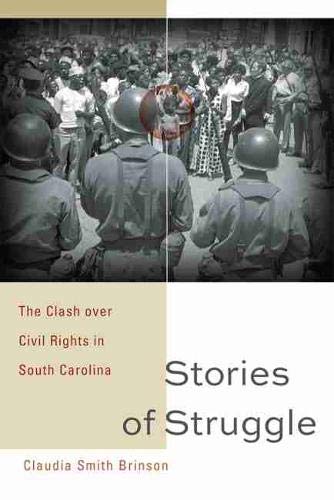 Stories of Struggle: The Clash Over Civil Rights in South Carolina

In this pioneering study of the long and arduous struggle for civil rights in South Carolina, longtime journalist Claudia Smith Brinson details the lynchings, beatings, bombings, cross burnings, death threats, arson, and venomous hatred that black South Carolinians endured--as well as the astonishing courage, devotion, dignity, and compassion of those who risked their lives for equality. Find a copy

Can protests really cause a revolution of change? On August 27, 2020, Richland library held this powerful and timely discussion The Power of Protest with panelists tackling the power of protest; the idea that one person can or cannot cause a revolution of change; and the impact the aftermath of protests can have on communities. The online event was moderated by Cynthia Hardy (OnPoint) with panelists Lawrence Nathaniel (Founder of Black Lives Matter SC and People Demand Action), Dr. Larry Watson (Associate Professor of History at South Carolina State University), Jazmyne McCrae (CoFounder of EmpowerSC), Capitan Harris with Richland County Sheriff's Department and James Felder (Activist, Legislator and Educator).

Visit the Stories of Struggle website complete with timelines, discussion questions and for more information.

Find more resources on race, equity and inclusion, here, and don't forget to check out our personalized recommendations or call us at 803-799-9084.

Champions of Civil and Human Rights in South Carolina. Volume 1, Dawn of the Movement Era, 1955-1967

Toward the Meeting of the Waters

The Road to Brown

To Face Down Dixie