Thomas Wiggins was blind, a slave, and if he was alive today, would have also been diagnosed as autistic.

He was a young and gifted musician! A child prodigy whose superiors marveled over his instant mastery of being able to hear a short selection of complexed music and play it back - even the greatest European music of that time. This young boy at the age of four was so talented that they were forced to ponder the question: how can this inferior piece of property; who in their eyes was inherently incapable of such skilled artistry, do such a thing?

This virtuosic pianist was touring Georgia at age four, and then started touring the United States at age eight. At ten years old, he was the highest paid pianist of the 19th century and at ten years (1860), after the request of President James Buchanan, became the first Black musician to perform at the White House. 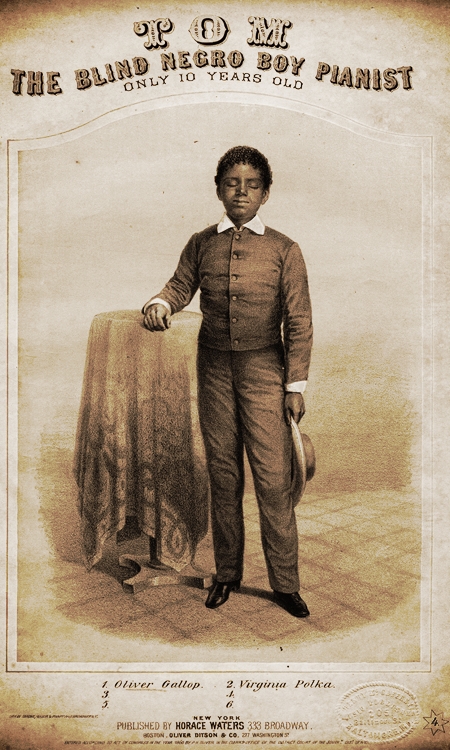 Yet, it was those same talents as an artist, composer, and entertainer; along with his physical and developmental disorders that also kept him depicted as a side-show attraction, a circus-freak-show act, and an “idiot". Thomas "Blind Tom" Wiggins, while yet a wonder, was once noted by Mark Twain as possessing skills surpassing Mozart, was also trapped and exploided by those that deemed him "grotesque.” Thomas Wiggins was blind, a slave, and if he was alive today, would have also been diagnosed as autistic.

Born enslaved on May 25, 1849 in Columbus, GA, Thomas (Tom) Greene Wiggins and family were originally owned by Wiley Jones. After discovering Tom was blind, Jones decided that he was worthless, and tried to orchestrate his death by refusing to feed and clothe him. His mother’s desperate interventions finally persuaded Jones to relinquish his ownership and Tom’s siblings and parents, Domingo, a field hand and Charity, a house slave, were auctioned and sold to Columbus lawyer, General James Bethune. According to Jones, when speaking of infant Tom, “the blind sickly "pickaninny" had no labor potential and he was thrown into the sale as a no cost extra.”

In his earlier years, “Blind Tom,” as he was now called, became fascinated with sound. He would enthusiastically mimic sounds from birdcalls to trains and his perfected responses, with his constant rocking motion and nonverbal communication Bethune described him as less than human. He said to Charity that Tom’s only resemblance to human intelligence was his mimicking of sounds and educating him would be similar to educating their family dog. The Bethune family began to take pleasure in teaching their “new pet” one-word commands. Daily, the Bethune girls would practice their piano lessons. Fascinated by this sound, Tom would be on the outside of the door eagerly listening and by the age of four, when left alone, Tom stunned the family when he played the exact tunes the daughters did. The Bethunes’ music room now became an irresistible force that Tom just couldn’t escape, as the many times he was removed from it, continuously, he returned.

At age six, Tom started composing his own compositions; by echoing the various everyday sounds, Blind Tom taught himself different melodies. His urgency in wanting to learn music from everyday sounds, caused Tom, when there was no sound, to make his own by banging pans or by dragging chairs across the floor. Realizing the potential profits, Bethune provided Tom with several music instructors and the financial possibilities were confirmed when one instructor informed him that “Tom could learn skills in a few hours that required others years to perfect.” With his first concert in 1857, Tom not only had the audience in awe with his mastering of the keyboard; he also left them in a state of frozen disbelief as they could not conceive the thought that this blind slave child was capable of such mastery of sound. The transformation from his blank-opened expression with rocking and twitching to a composed skilled pianist was beyond explanation. Eager to reap the financial rewards, in a three-year agreement, Bethune, in 1858, “hired out” eight-year-old Tom to concert promoter Perry Oliver. This arrangement to exhibit Blind Tom as a circus-freak show act of part monster and part angel, the Musical Prodigy of the Age; A Plantation Negro Boy, profited Bethune $15,000 and Oliver nearly $50,000.

Blind Tom’s concerts of four shows a day were astounding and profitable, yet for Tom very grueling. As the news spread of Tom’s musical gift of conquering the world’s classics, skilled musicians attended Tom’s shows for a duel. With only one hearing of the challenger’s music, Tom would not only win the challenges, however, he would win them in the most inconceivable ways. Tom would turn his back to the piano and give an exact repetition—a reversal of the keys the left and right hands played.

At the start of the Civil War, to aid the Confederates, the Savannah tobacco planter, Oliver, returned Tom to Georgia. Without Tom completely knowing or understanding Oliver’s intentions, his profitable performances aided the Confederate cause with a $5,000.00 donation. It was after hearing the sounds of war and the descriptions of war from Bethune’s sons and the Confederate soldiers, that at the age of fourteen, Blind Tom wrote his most famous piece, “Battle of Manassas.”

In a1865 Guardianship/Indentureship Agreement trial, the Bethunes were granted custody of Tom as well as ninety percent of his services’ profits with the remainder giving Tom $20 per month and two percent of the net proceeds of his services. However, in 1870, when the guardianship passed from James Bethune to John Bethune, the Indentureship Agreement was null. Blind Tom continued his astonishing world-wide performances earning John and wife Eliza Bethune $50,000 per year. 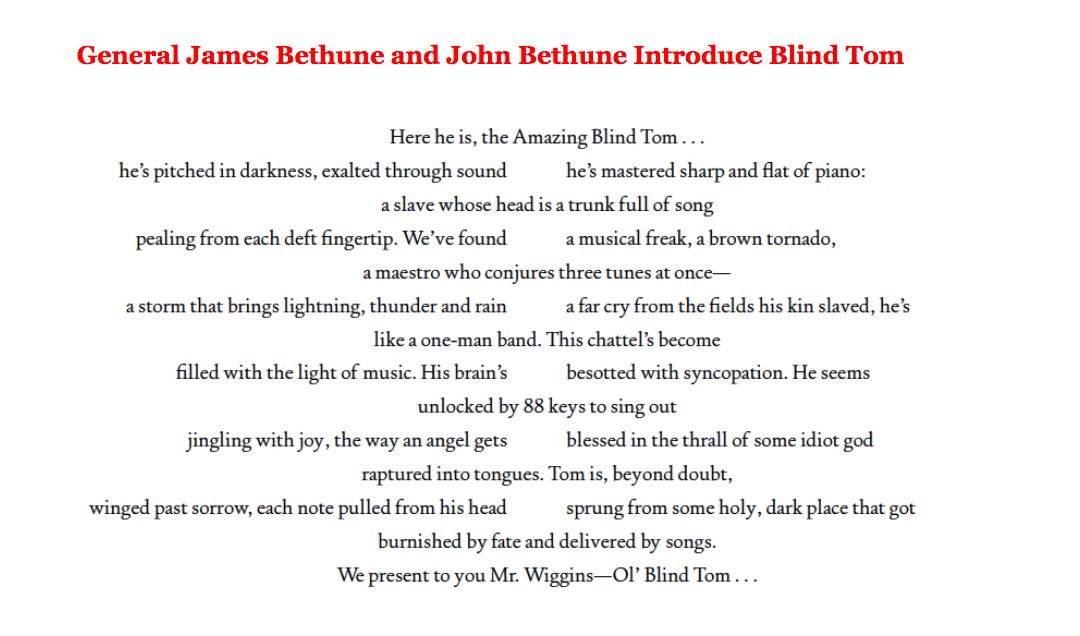 After the death of John Bethune another trail emerged for the control of Tom’s performance profits. James Bethune sought to regain ownership of Tom from Eliza Bethune. With the request of Tom’s mother, Charity, as now she had no rights to him, the Supreme Court of New York granted Eliza sole guardianship of Blind Tom. She also was given monetary rewards for Tom’s creative talents.Marrying her lawyer, Eliza and her new husband added more dates to Tom’s busy schedule, for a life of constant travel and performances.

When last interviewed, Tom’s mother Charity was living with one of her daughters and had humbly received fifteen dollars from Tom’s manager. Charity had not seen Tom in years and last said “they stole him from me.”

“My greatest-grandfather was the first African-American to perform at the White House. Not only was he blind, but he was autistic. He is referenced as the 167 most famous autistic person in the world; Throughout his life, he toured Great Britain, Scotland, Europe, Canada, the Rocky Mountain states, the far West, and South America. By 1861, my greatest-grandfather was giving prestigious performances such as one in Washington, D.C. for the first Japanese diplomats to visit the United States. He performed for the likes of Mark Twain and he earned his slave owners a fortune of $750,000, bringing home $50,000 per year – in which reports claim that he gave it all to charity. Charity being his owners…" -Teisha Dynell Wiggins

Thomas “Blind Tom” Wiggin’s stage transformation is characteristic of those with autism. Persons with ASD struggle to grasp the sensory  information that is hounding them and for Blind Tom, the perfection of music became his escape.

Autism spectrum disorder (ASD) is a developmental disability  that can cause significant social, communication and behavioral challenges. There is often nothing about how people with ASD look that sets them apart from other people, but people with ASD may communicate, interact, behave, and learn in ways that are different from most other people. The learning, thinking, and problem-solving abilities of people with ASD can range from gifted to severely challenged. Some people with ASD need a lot of help in their daily lives; others need less 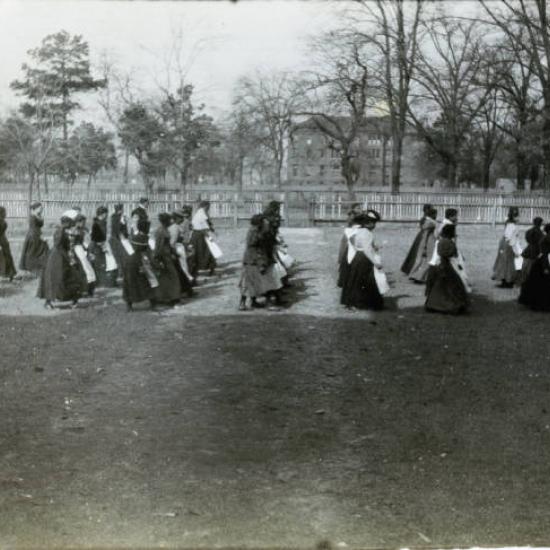 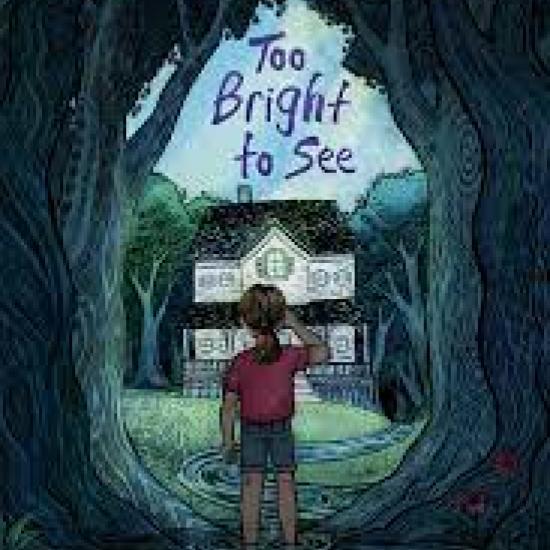 Blog
Too Bright to See
Image 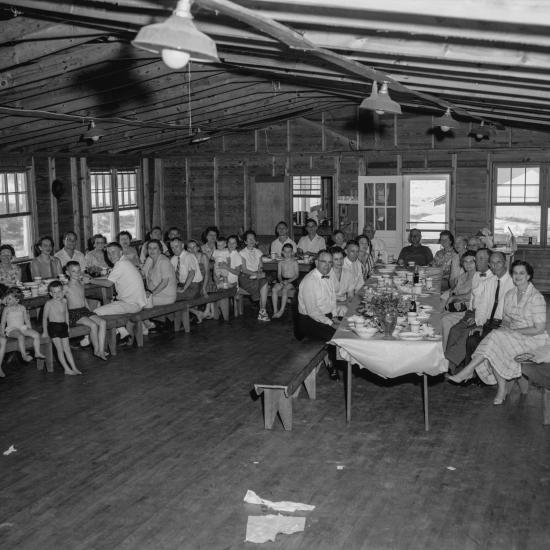