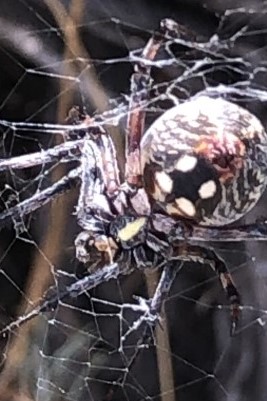 We took this picture when we traveled to Antelope Island. In one are there were a great many Western Orb Web Weaver spiders between the sagebrush, their webs blocking the trails.

This summer I visited Antelope Island in Utah, and I had a lovely time there.

Antelope Island has an area of 42 square miles. This is the largest island located in the Great Salt Lake in Utah.  It is about 40 miles from Salt Lake City. When the lake is at extremely low levels, Antelope Island becomes a peninsula. Lately the water level is dramatically reduced overall due an extended drought. When the water is high enough to surround the land, one has to drive over the Davis County Causeway to get to the island. You can swim in the salty water and shower after that at the free facilities at the designated beach. The water’s salt concentration is higher than in any other lake in US so one can float easily on the water. The total amount of salt is 4.5-4.9 billion tons. As the lake water level rises, the salt concentration is reduced because more water is added to the same amount of salt. This salt concentration is still higher compared to the ocean. The highest salt concentration in any water body is in the Gaet’ale Lake in Ethiopia with 43% salinity. The Dead Sea salt concentration is also higher, 33.7%, compared to the Salt Lake’s 5-27%.

There is a wide sandy beach and a belt of low reeds and other marsh plants. As the water level was really low at the time of the visit, there was a wide sandy area between the reed belt and the water. The sand here was saturated and crusty with salt crystals and it was rough. There was a narrow belt of decaying algae by the water that had a strong smell that wafted far away from the beach. This decaying material was thickly covered with tiny brown brine flies (not to be confused with the biting gnats that were not around this time of the year). The brine flies to stay very close to the water and preferred this wet mud and any object such as one’s bags or objects that were set down that close to the water. They were so numerous that they darkened the mud and any object they perched on. They perched on us also, but were not biting. Despite their tiny size, when disturbed and taking flight in dark clouds, they made a whooshing sound. I have never seen anything like this. There is a video below showing a gull chasing brine flies.

You can hike, bike, ride horses or you just drive your car between trailheads and vantage points as we did. You can use the marina to rent a kayak or a paddle boat. We hiked on a few trails, and it was really interesting. Sand between rocks, low, prickly scrub vegetation, wildflowers, and stunning sights of the Salt Lake and the landscape. In one area, it was like the planet of spiders, uncountable number of spider webs spanning between the waist high bushes blocking every possible pathway to cross to the beach. While we are not arachnophobic, there were a stunning number of orb webs to deal with, spaced just 1-2 feet in between, each managed by a Western Spotted Orb Weaver spider the size of a small cherry. We left them alone and found another place to cross.

Besides salty water, there are salt pans, not as big as those in Bonneville Salt Flats area. There are freshwater springs and lush green areas also because there are springs on island.

One of the reasons I visited the island was to see the wildlife. We saw many free ranging bison. Some of them had babies. Bison are big animals. You shouldn’t leave your car if the bison are close to the road. Don’t wait until the bison pays attention to you. In that case, you are too close to the animal and it may charge. If the bison is on the road, stop your car and wait for the bison to cross. If you are walking the trail and the bison come too close to you, just back off. Don’t forget, bison are much bigger than you. The male can weigh up to 2200 pounds. Unfortunately, we couldn’t see the pronghorn antelope, except one that was too far away from the road on a beach where it was hard to make out except its gait. This animal has stripes just like antelope, but it is not an antelope. The island’s name came from this animal. We saw a coyote in the morning when we first arrived as it was trotting by the water beyond a belt of low vegetation. We almost walked into its path when we were considering crossing the bushes to get to the crusty beach there.

We covered a large area by car, yet did not see other antelopes or elk, probably because they found a hiding place. There are also bighorn sheep, rabbits and other desert animals.  Bird watchers love this place because one can see millions of birds on the shore.  The best time to watch birds is early in the morning.

We visited the Fielding Garr Ranch on Antelope Island.  The ranch was established in 1848. This is one of the oldest working ranches in United States. Later, it was purchased by John Dooly, Sr. Dooly lived on the island and set up cattle and sheep ranching. Later he bought 12 American bison. He ranched them and charged people to hunt them. After I visited the museum, I had an idea about how people lived on the island. You can see the entire house with furniture. They showcased the tools that are necessary to raise and feed the animals in the ranch. There are picnic tables under large trees where visitors can eat. They had farm animals so children can enjoy their visit as well. At the time of our visit, there were many other visitors to the ranch and most of them spoke foreign languages.

Frary Peak the highest point (6596 ft.) on the island. If you want, you can camp here. Stargazing is popular. I wish I could’ve been there at sunset, but we couldn’t. I just had to believe the park ranger that it is unforgettable.

The island is managed the Antelope Island State Park which has a nice visitor center and gift shop. There is a place to eat; we visited the bison grill and tasted their specialty, the bison burger.

Explore Utah's winter wonderland and see why the state's motto is 'The greatest snow on earth!'
Find
DVD 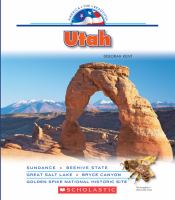 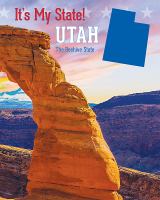 Waring Jones, Kerry, 1972- author.
"The third edition of this popular series is updated with a variety of features that will help students learn about the state of Utah. This comprehensive book outlines the geography, history, people, government, and economy of the state. Lists of key people, events, cities, plants and animals, and political figures, plus fact boxes and quotes, provide easily accessible information that is supplemented by activities such as crafts, recipes, and a map quiz. Historic photos, artwork, and other images enhance the text."--Publisher's website.
Find
Book
Author