Banned or challenged books help us look at the current state of society. Generally, when books are challenged, themes are present. Here is a list of works by Black authors that were challenged or banned (mostly in schools). Can you see a theme?

Every day books are challenged or outright banned in locations. Once a year, we recognize these titles and share them widely. Banned Book week ran from September 26th through October 2nd this year.  Here are a list of books by Black Authors that were challenged on sexual content, racial content, divisive language, violence and/or other excuses.

Here are five from the list and the reasons they were challenged.

Go Tell It On the Mountain - multiple years - profanity and sex

I Know Why the Caged Bird Sings 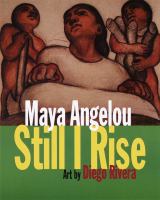 Go Tell It on the Mountain

If Beale Street Could Talk

Between the World and Me

A Lesson Before Dying

Their Eyes Were Watching God

The Autobiography of Malcolm X