We all have a story to tell, and Richland Library Edgewood wants to help you preserve the stories that matter most to you today.

My career began at Richland Library Southeast over a decade ago. In that short time, I was surrounded by phenomenal librarians who empowered me to pursue a career in librarianship and ignited my passion for community service, which is, in my opinion, the most critical aspect of librarianship. We have an invaluable opportunity to transform the lives of our customers, as well as those of our colleagues.

When I embarked on my career path, I spent a lot of time learning about remarkable librarians who dedicated themselves to public service and civic change. Mrs. Ethel Bolden was one of the librarians and civic leaders that I was immediately drawn to. In 1968, Mrs. Bolden became the first Black professional librarian hired by Dreher High School. Over her illustrious career, Mrs. Bolden contributed to many community efforts and used her voice and platform to transform the lives of those she served. It is an honor to have been named the 2021 Ethel Bolden Minority Fellowship recipient and to begin my fellowship work in Edgewood, the community that Mrs. Bolden dedicated her life to restoring.

Photos of Waverly Branch of the Richland County Public Library system in 1959 and 1961. The Waverly Branch served as a “Negro” library serving Black library users during the Civil Rights Movement. Unfortunately, the library was disbanded in 1971. You can learn more here. The Edgewood community has a rich history. Established in the 1890s as Kendalltown, or Barhamville, Edgewood has been home to generations of people and their stories, including distinguished educators such as Ethel Bolden and Thomas S. Martin to business owners and entrepreneurs such as Moses Felder and M.H. Baxley. A closer look at Edgewood reveals its storied past, from Drew Park and C.A. Johnson High School, to its  thirteen religious institutions, as well as a plethora of black-owned businesses. Through intimate conversations, the library seeks to capture and preserve the oral histories of one of Columbia’s most historic communities.

I had the privilege of facilitating the first interview for Edgewood's oral history project with Mr. Moses Felder, the owner and operator of Hill's Barbershop for over 50 years. Mr. Felder obtained the shop after his friend and mentor, Mr. John Hill, the shop’s original owner, passed away. Mr. Felder has used his position as a businessman and Deacon to bring the community together. Before the Edgewood Library opened, Mr. Felder offered free internet services to community members in need. His hard-working neighbors and college students from Benedict College and Allen University often used these free services. 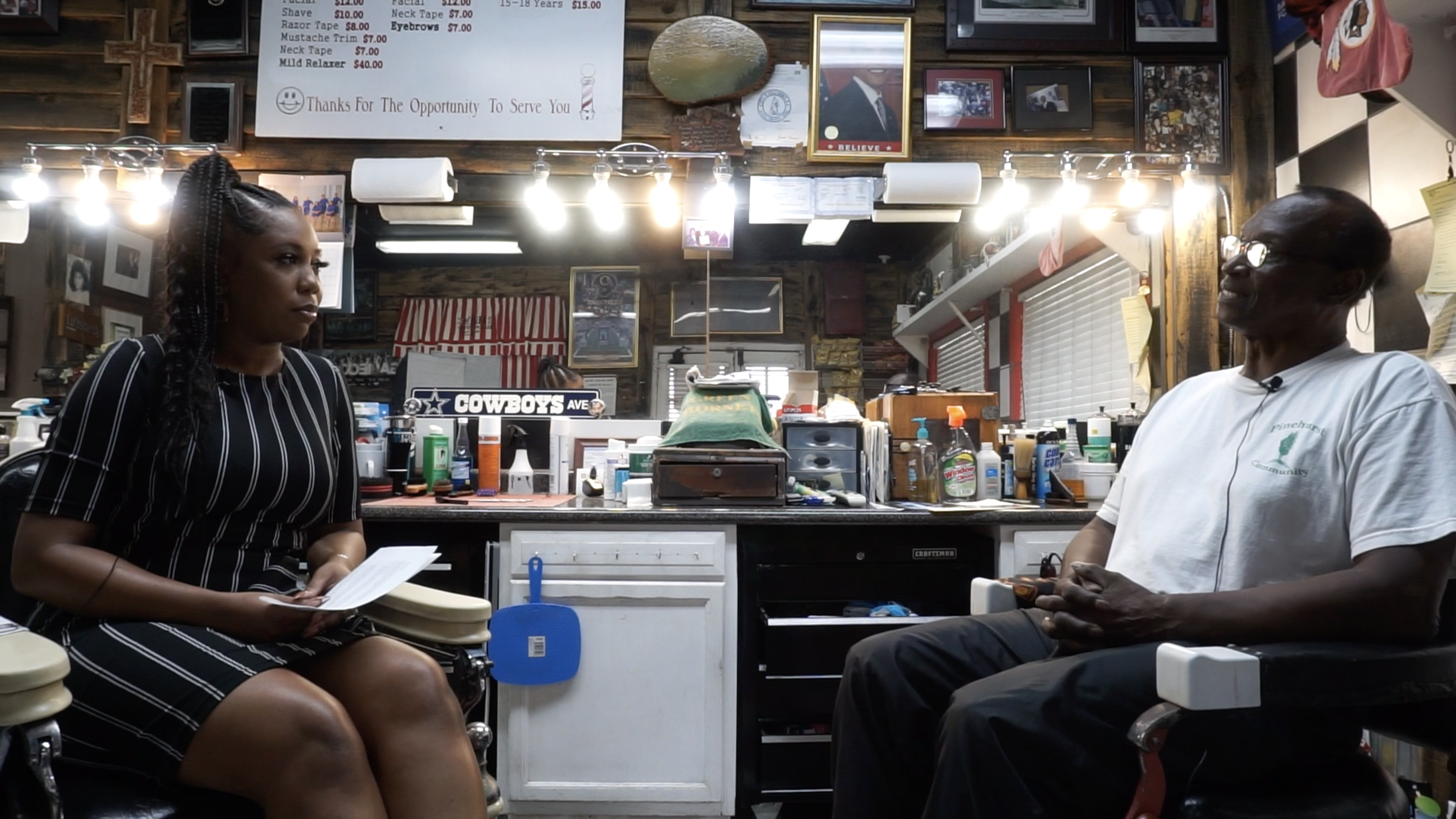 In our interview with Mr. Felder, he speaks in detail about his life in Edgewood, his civil rights activism in the 60s, and his vision for the future of his community. You can watch the entire conversation here.

We all have a story to tell. Email us at EdgewoodOralHistoryProject@richlandlibrary.com, or stop by to learn about Richland Library Edgewood’s Oral History Project and how you can share your story.