“You have to find something that you love enough to be able to take risks.” – George Lucas, Film Director. 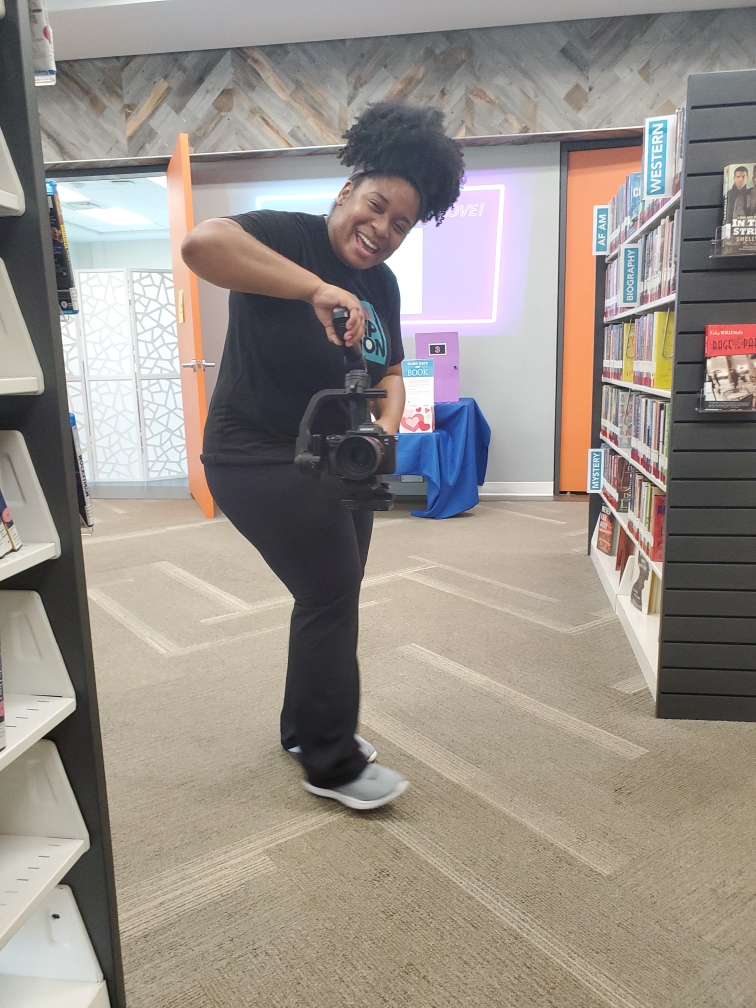 What started as a means to follow a "realistic career," mainly because of parental concerns, transformed into a calling for DeBria Robinson. In high school, she realized her long-life dream of becoming an actress wasn't in the cards. Instead, her journalism teacher persuaded her to follow filmmaking after noticing the student's innate talent. After a short stint at the Art Institute of Charleston and lingering doubts about her career path, the Eastover native graduated with a Bachelor's from the University of South Carolina’s Film and Media Studies program.

Robinson worked at the Nickelodeon Theater for three years after graduating while also building her filmmaking skills. Eventually, the aspiring director found her way to Richland Library, where she recently worked as a Customer Service Specialist for two years. She is moving to Savannah to follow her dream of creating horror films.

What made you decide to become a filmmaker?

Since I was in elementary school, I have wanted to be an actress. Then when I started doing theater, my family told me I had to choose a more realistic career. In 11th grade, my theater teacher told me she wanted me to sign up for a Broadcast Journalism class she was creating. The majority of the course was going out and filming something, and I liked it a lot. One day she pulled me to the side and asked me if I ever thought about doing it as a career because I was really good at it. Then in 12th grade, all the seniors directed their own play. I filmed mine and won an award and $50.00. That’s when I knew I was good at it and decided to go to school for it.

Who are your favorite directors?

Ari Aster and Jordan Peele. They both focus on horror but change and bend the rules.  I like watching things that make you think and that are not your typical scary movies with jump scares. My favorite film Peele has done is "Us." It's one of those movies that I couldn't guess how it was going to end. So I stopped trying to figure it out, sat back, and let the movie take me wherever it wanted to go.

Doing all the hard work and then going back and thinking, wow, I actually created that. That’s the best part of directing. I like creating something that will inspire people, and seeing how people react to it is the best feeling.

What films have you created for Richland Library?

I created "Anansi the Spider," a 3-5 minute stop motion that took a month to do, and "How to Make a Stop Motion.” I had to take a picture of every movement, every second, which takes forever. For example, when you blink your eyes, you don't think about how long it takes to close them, but in a stop motion, that's 1-10 seconds of pictures of your eyes opening and closing just once.

How many short films have you created?

I've been a part of 10 short films in all. Some that I've done are: "Perception," a sci-fi short film; "Transgression," which is about transgender issues; Serial Killer Barbie," a comedy/thriller; and Yakini, a thriller.

I organize my films by scenes and then edit my footage by sections through Adobe Premiere Pro. I first work on the beginning and ending scenes, and then I fill out the middle. The opening and closing are always the most important parts in filmmaking that draw people in.

What tools do you use to create your work? 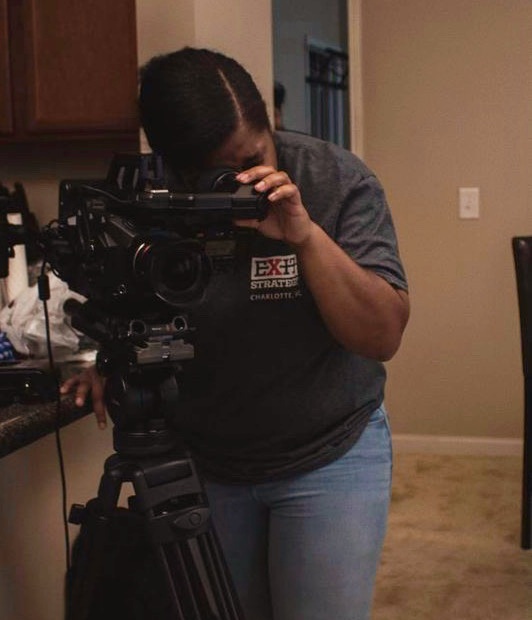 I use Adobe Premiere Pro as my editing software, a Sony A7 III camera, an Apple Macbook Air, a memory drive, and a Zhiyun Crane 3 gimbal. The gimbal helps keep the camera from shaking when you move. I also have a memory drive because you don’t want to put all that footage on your computer, or it’ll slow it down. For my lighting source, I use a key light (the light shining the brightest on you) with a fill light (balances the key light to make it look natural).  You know when you're watching a scary movie, and there's a dark scene? You're able to see the character in the dark because there's a fill light on them, and their main or key light is coming from their phone or another light source like a lamp to show their face.

Have you won any film fests?

I have not won any film fests, but I have placed in the top twenty. I was ranked 15th for a film called "Transgression" for Campus Movie Fest. It's about the difficulties transgender women go through when they’re trying to use the restroom. I didn’t expect it to place, so I was pretty excited.

Do you have a role model or someone you work with that has helped you throughout this journey?

When I was younger, my mom helped me through a lot, and as I got older, "JT" (John Taylor.) JT helps me make money off of my film career. I was researching online, and being that I would move to Savannah, Georgia, his website is one of the first that popped up. So I asked if I could volunteer, and now I work for him. He has taught me some things college doesn’t teach you, like making money from your work and connecting with people in the film world. In Savannah, there are so many people willing to help you and work with you.

What failures have you learned from?

I’m starting to learn that you can’t do it by yourself. To create a great film, you need a team. That’s what I'm learning the most from working in Savannah. JT has a whole team of people that are just as passionate as he is in helping him complete his goal.

Where do you want to be in the future? What steps do you need to take to get there?

I want to get an Oscar for best director. No black female has ever gotten one for best director. I need to go to many film festivals, get myself noticed, get a loan to make a real film, and then enter it into Sundance Film Festival. Sundance is where your work is really going to launch, where the real competition is. To get into Sundance, you have to have an already successful film doing well in competitions.  I don’t think I’ve seen a movie on Sundance that isn't already successful or in a movie theater.

What advice would you give someone wanting to pursue a career in filmmaking?

If it doesn’t seem like it’s working, then move. Filmmaking is all about who you know and not so much about what you know. If you are in a city with many film activities going on, it’ll work out better. That’s just from my experience. Go where the opportunity is.

Although her professional journey at Richland Library has ended, DeBria Robinson's passion and creative energy have left an inspirational mark on her former co-workers. We bid adieu and good luck to our friend and colleague as she follows her next chapter.

Check out DeBria's short-films for the library:

How to Make a Stop Motion: