This STEAM activity incorporates physics and engineering to show you how to launch peppermints through the air. 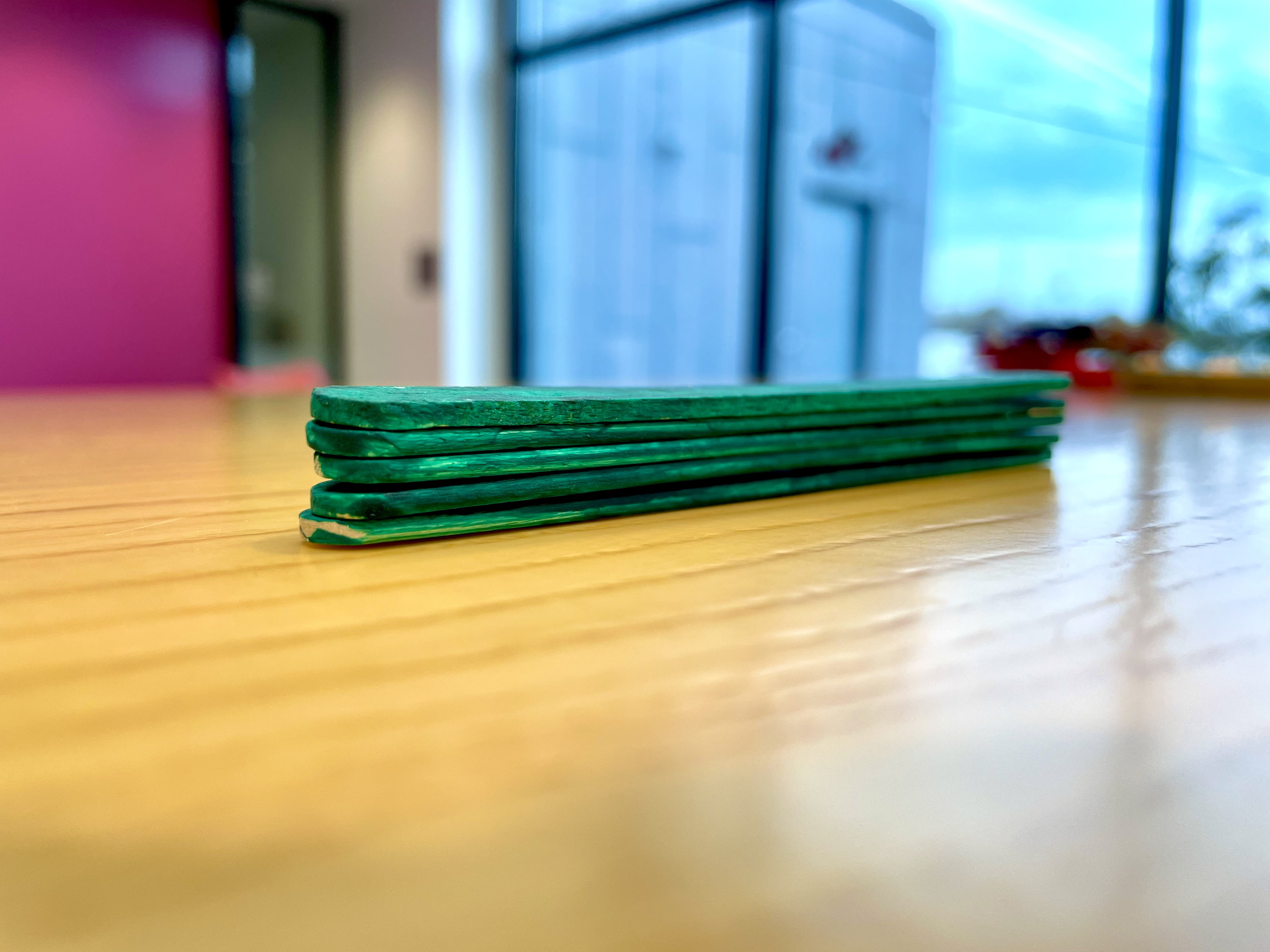 2. Take a single popsicle stick and slide it between the bottom two popsicle sticks in your stack. The single stick should be almost entirely through the stack. 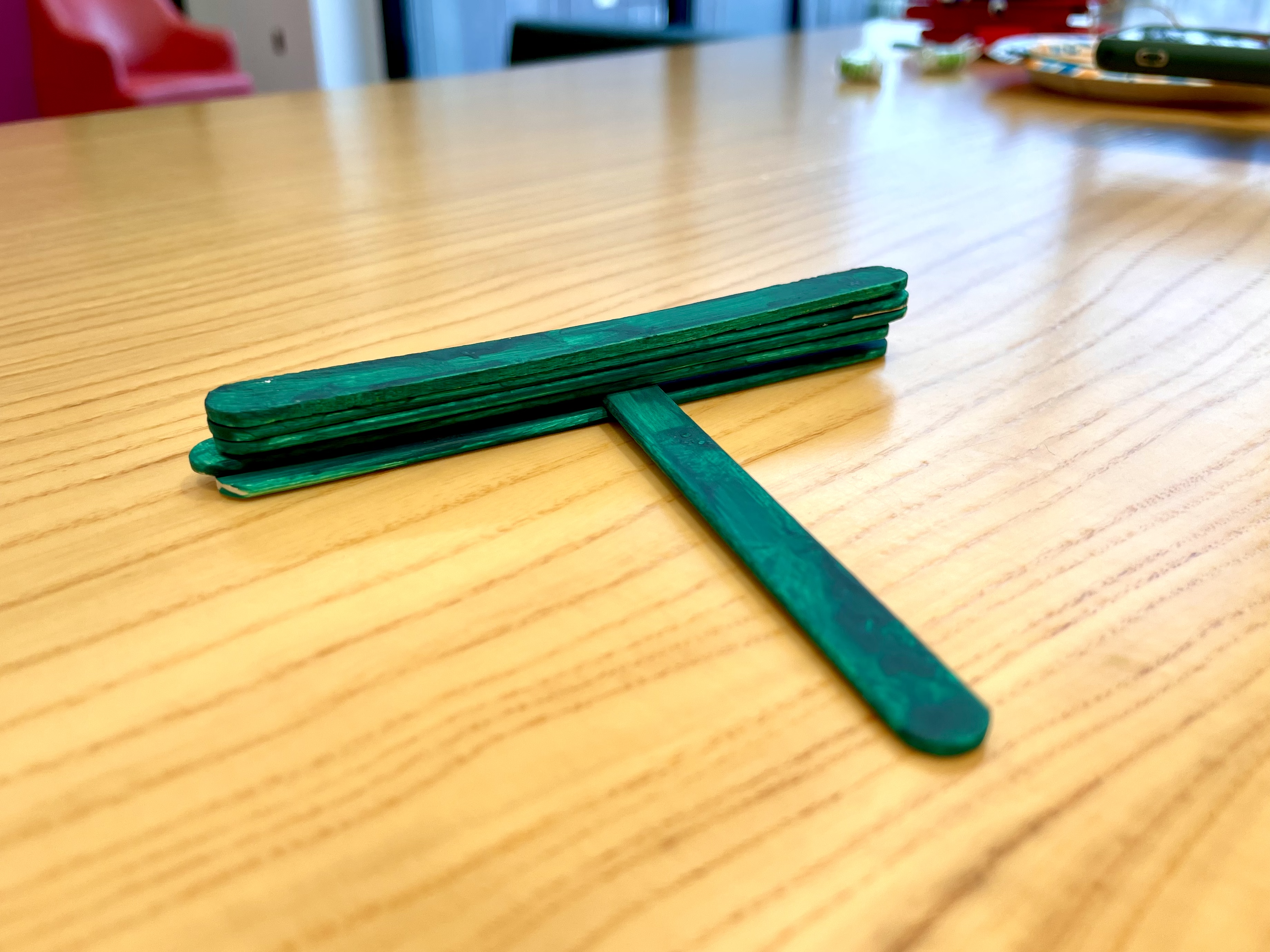 3. Rubberband both ends of the stack. 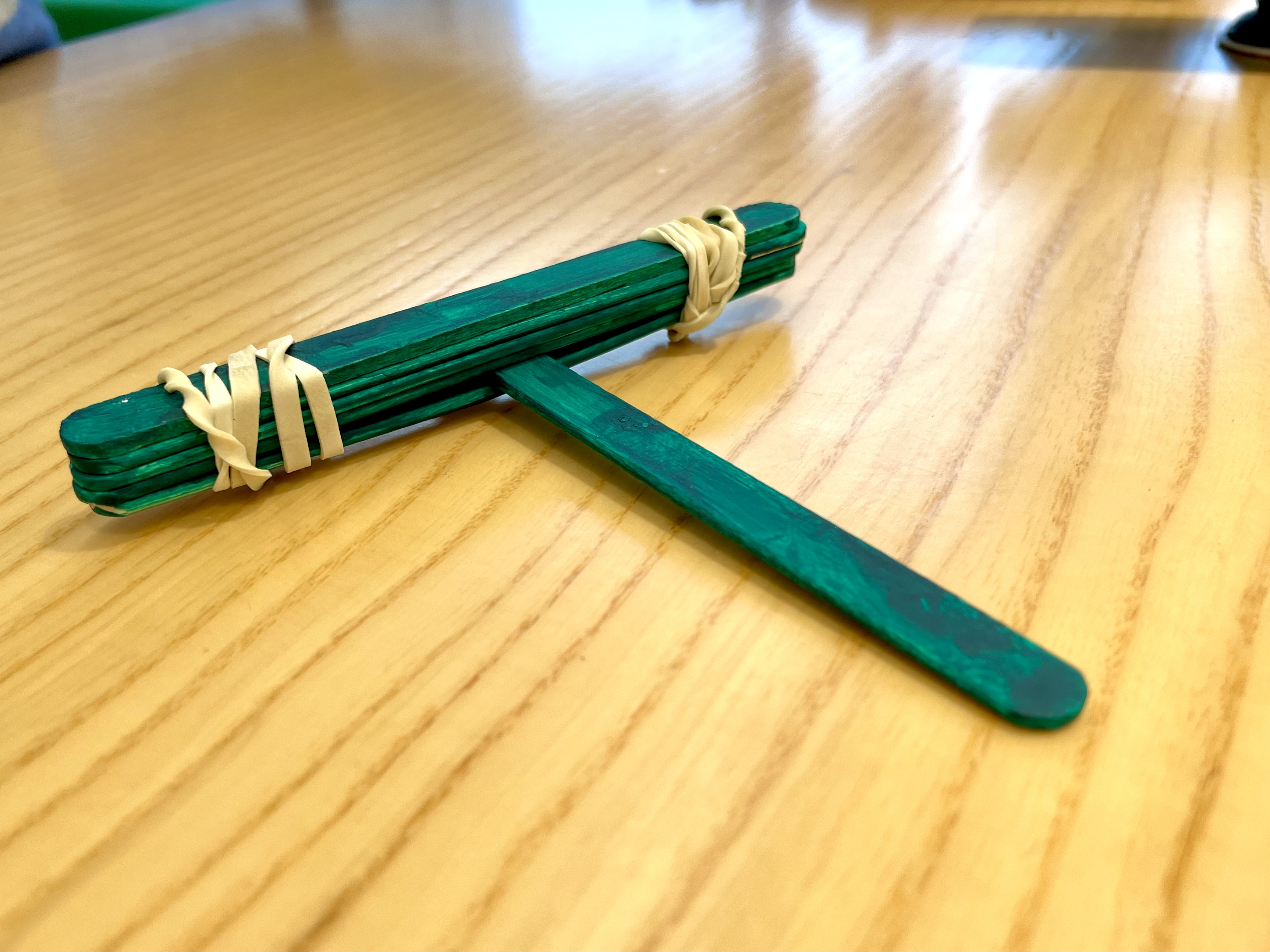 4. Take another single stick and place it on top of the stack. Line up the two single sticks and secure them together with a rubber band. 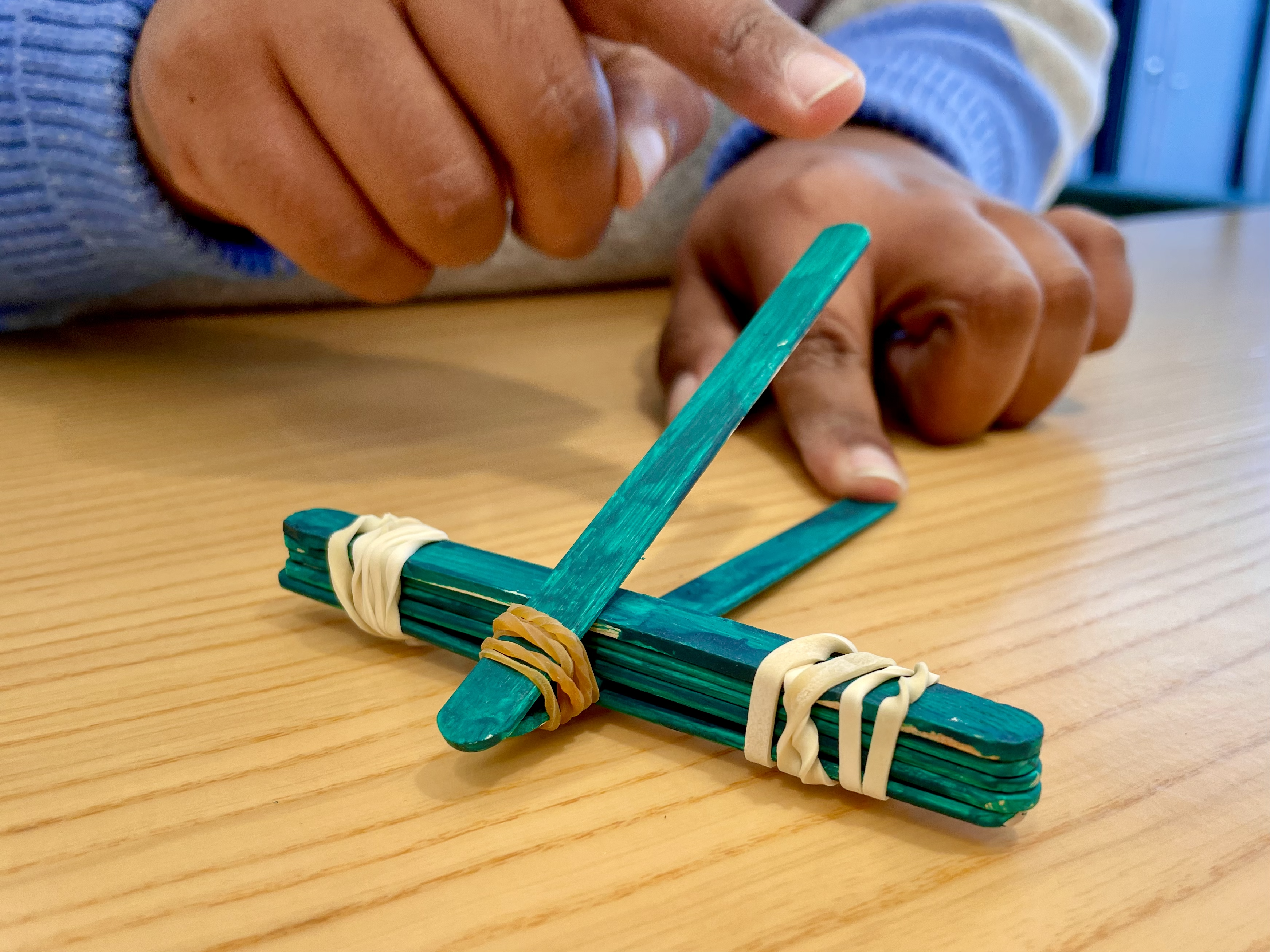 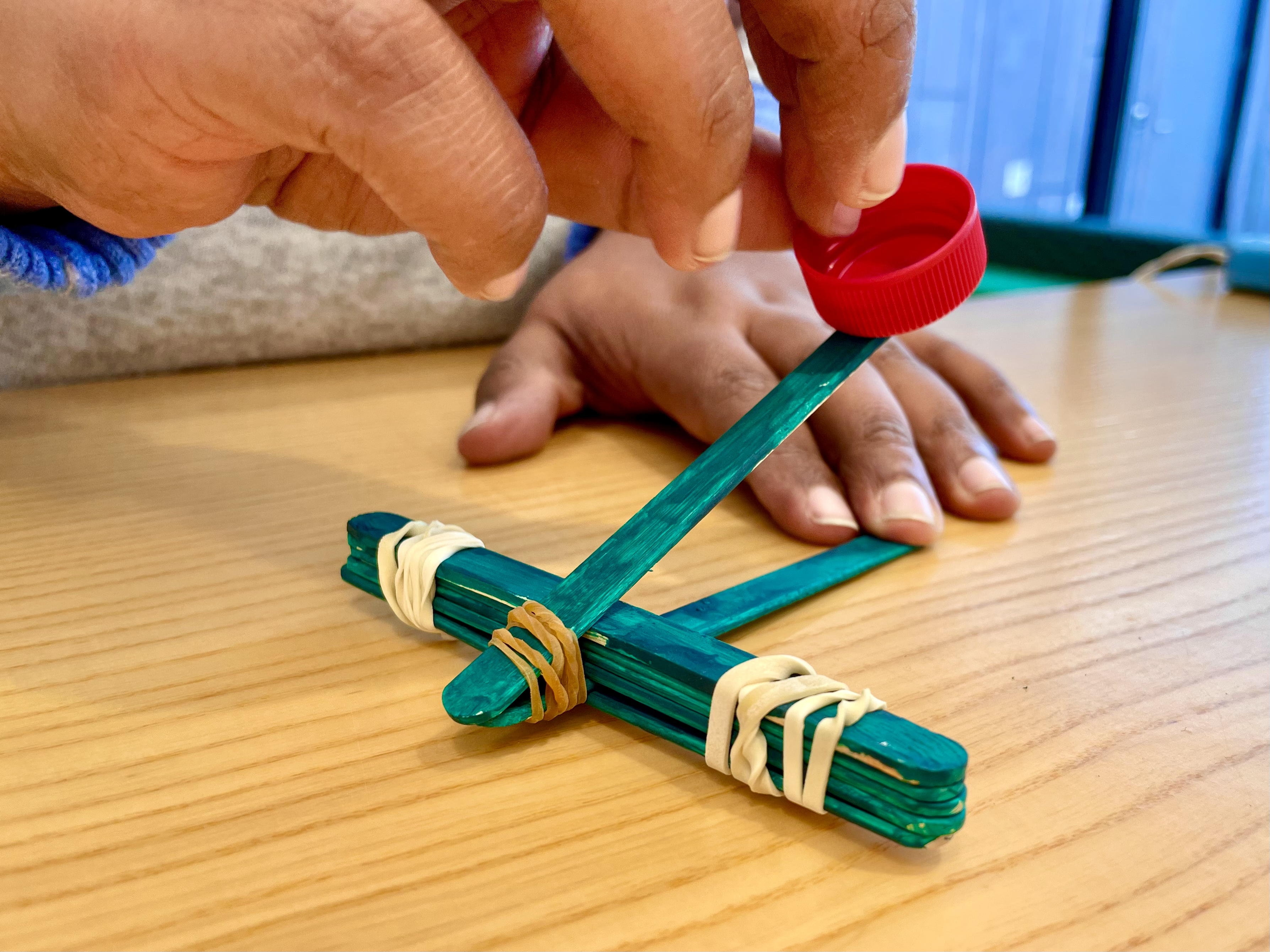 6. Hold down the catapult with one hand. With your other hand, gently pull down the side with the bottle cap. Release when you are ready and watch your peppermint fly!

Finish this craft and looking for another? Create these Corn Husk Dolls and learn about the Iroquois legend behind them!