We spent three days in Monument Valley. We stayed in an Airbnb cabin, the Earth Mother’s Cabin in the Oljato-Monument Valley community on Navajo land. The cabin was in Arizona right next to the Utah border on sandy high ground at the base of a monument rock and offered a sweeping view of the sandstone towers near and far all around.

The cabin was very comfortable and beautifully furnished and decorated with Navajo style objects. Because the land did not have plumbing, running water came from a drum hoisted high outside the cabin and refilled every day. The water was warmed by the sun. The sink drained into a bucket and the water was recycled for irrigating yard plants. Our host brought cold water every day from a refrigerator for us to drink. The cabin had electricity and a water boiler so we could make tea or coffee.

Showers were available in reasonable hours within a short drive by the paved highway, and there is a Laundromat at every gas station. There was a clean Porta Potty near the cabin that was furnished with a great assortment of disinfectants and toiletries. A motion sensor light on the cabin’s porch made moving about in the night safe. There were no dangerous animals around, but the sparse vegetation was either cactus or prickly, spiny plants with stiff shoots that are not pleasant to stumble into.

This rental cabin as well as a rental hogan were on the property of a Navajo family. Our host was a Navajo woman who provided a simple but delicious breakfast if desired. She made fry bread that is a traditional meal for Native Americans. There may be regional differences in using corn or wheat flour. Our host made the fry bread from blue corn flour, and we also got Navajo tea. She collected the local herb in the area. Fry bread is familiar to us from Hungary we called it ‘langos’ and we ate it with sour cream and cheese.

Our host stayed with us during breakfast and talked about the Navajo way life. One of the reasons for living there was to preserve their language and culture. They are a thriving community, and they help each other. If they stay on reservation land, they get a 1-acre land for homesteading that their children can inherit. While the plots do not have gas  and water lines, or sewage drains, there is electricity. The desert sand is not suitable for cultivating many crops and the families have to source water, food and animal feed from towns hours of drive away.

Our host is a cultural ambassador in that she shares about the Navajo culture. Her 5-year-old granddaughter goes to tribal school where they learn in Navajo language. The Navajos had very low impact on the environment, and they use what that they find in the area.

From our host and the guides on a Monument Valley sightseeing tour, we learned for example, they use desert sweet grass (sandhill muhly) to make hairbrush. In a Navajo trading post, there were crafts for sale, but the hairbrush used in a cultural demonstration was not readily sold at the moment. The reason was that prior to that time there was extended drought and not enough rain to support the growth of this particular grass, so they didn’t have enough new grass to make new brushes.

We also learned that the traditional Navajo house, a wood and mud dwelling, is called a hogan. The hogan for the man is different from the bigger hogan for the woman with children. Instead of raised beds they used beautifully woven rugs. A different type of Hogan is the sweat lodge that is built around a big boulder or large rocks to contain steam. If somebody got sick, they put the person into the sweating hogan. The rock is heated by a fire built outside and inside the lodge medicinal herbs are placed on the rock and water is spilled on the hot rock to make scented vapor, medicated steam. Traditional healers are still really popular where doctors are not available. Many Navajos still prefer the healer. Certain practices of the healers include massaging the painful body parts like a well-trained osteopath until every bone is in place. Then he sings over him and prays. He paints the patient’s body from the feet up to drive the devils out through his mouth according to a certain belief. He leaves presents to the gods and makes a series of sand paintings. The healer uses medicinal plants also. Navajo herbal medicine includes Sagebrush used for sore throat also. They used other plants for healing also, including: Wild Buckwheat, Puccoon, Cedar Bark, Sage, Indian Paintbrush, Larkspur, and ash of Juniper. Nowadays patients pay with money, but long time ago they paid with livestock, rugs and turquoise.

The Navajo depend on agriculture and live-stock but supplement their income by selling native crafts. They grow corn, beans and squash. They figured out the best way to grow them together. In addition, contracts for exploiting resources on Navajo land such as timber, oil, coal, uranium, and gas provide the Navajo Nation with income, and many men work on the railroads.

We had a chance to visit the Mountain Valley on a guided tour in a 4-wheel-drive vehicle. We saw the iconic points, such as the Mittens and Merrick Butte, Elephant Butte, and the Three Sisters. The most beautiful was the John Ford Point where one gets to pose on horseback with John Ford Point in the backdrop, and the Artist’s Point. The truth is the horse is really high for me and I needed help to mount it. The landscape is so different; sometimes it looked like we were not on Earth. We saw many sheep herded, and signs of the native pronghorn, often called antelope.

During our stay in the area rains arrived in the greater area, whipping up a fierce sandstorm that we weathered in our cabin, flash floods that we weathered in our car, winds whistling between the rocks, and we saw a small sand twister that we filmed. A rare rainy forecast prevented us from visiting the neighboring Mystery Valley because the dirt roads turns into muddy pools and are impassable. We saw other interesting sights on our own from paved roads such as the Mexican Hat, the Forest Gump Point, breathtaking distant views of the Garden of the Gods in the sun and then shadowed and rained on by black shower clouds flashing with and lightning, from the top of the nearby Cedar Mesa. We also saw St. Juan River with a beautiful bend similar to the Horseshoe Bend of the Colorado River.

Each day as we were heading home, we were able to make out our ‘home place’ using the monument rock as a landmark from afar. 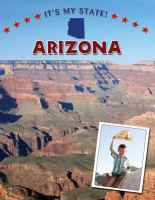 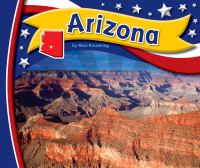 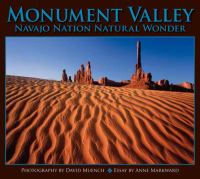 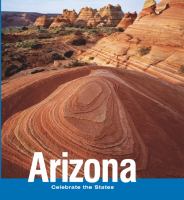 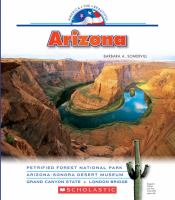