One of our best trips from Silverton, Colorado, the drive and the hike to Crystal Lake. This is a crystal-clear alpine lake above Ophir Pass (San Miguel County), in San Juan National Forest at about 12,074’ (3,574 m) elevation. It is accessible by Ophir Pass Road (U.S. Forest Service road FR 679) off the Million Dollar Highway and then we took a hike up a talus slope and then to an alpine meadow. This is one of the warm season Forest Service roads for high clearance 4-wheel drive vehicles, a jeep trail. We chose to hire a guide for a sunset tour, and it turned out to be more economical than renting a vehicle due to having such short time that we had in vacation in Silverton. The primitive road is open only in the warm months and then at any hour of the day.

This single lane wide road was often really steep and with some sharp bends, and a few turnouts. It was good that it wasn’t raining because the road would become very slippery and dangerous.  First we traveled in thick spruce-pine forest, then past mountain meadows and near Ophir Pass, it was surrounded by tundra and loose talus slopes. We passed maybe two vehicles and saw and enjoyed views of slopes, peaks, and deep valleys with some coverage of snow.

There was an abundance of wildlife, birds, deer, snake, marmot and porcupine. There were at least eight deer, and they were not afraid of us. As it was summer, wildflowers were everywhere, in all colors, being visited by bees and butterflies. This road heads to a tiny town called Ophir and on to Colorado State Highway 145, which is near the popular ski destination, Telluride, Colorado. So, this Ophir Pass Road is a shortcut between Silverton and Telluride, because on paved roads it is a much farther route.

Before we arrived at Ophir Pass (11,789’), it was just the bumpy ride that was challenging to drive. The real challenge started here when we started climbing high banks to Crystal Lake to watch the sunset. When we got out of the vehicle, we could not see the lake. The guide told us that we have to hike up to it. I kept thinking, but where is the lake and sunset. We could see only forbidding steep rock piles. The Ophir Pass to Crystal Lake trail only 0.6 mi one-way, but the elevation gain is 288 ft (~85) and more than half of it is on loose talus slope. Talus is an accumulation of broken rock that lies on a steep mountainside or at the base of a cliff.  Our guide told us that we would now climb up on the Moonscape looking terrain, an about 100-yard-tall stone pile. At first you can’t really see any trail path, but the stones were subtly arranged to a sharply and tightly zigzagging not even a foot-wide foot trail. It was difficult to climb on the rocky path; it was like walking up steep stairs that are totally irregular and with loose steps. There were breathtaking views below us and above us — if our breaths had not already been taken away by the exertion and the thrill. It was a climb that I never experienced before. It became easier every step.

The rock slope was not lifeless. Patches of lichens of all colors, algae, and mosses were growing on many of them. Once we got on the top of the rock pile, the ground somewhat leveled out, and it was tundra vegetation mixed with bare rock. The very short moss and grass was filled with a great diversity of species, many different flowers, seemingly stalkless.

After some further climb, we finally saw the lake with its twisted rocky shore and filled with gorgeous deep blue colors. There are no trees or bushes around the lake since it is a tundra lake. Around the lake you could climb on and over various rocks. We had a short time before sunset and we found higher points from where we could see more of the beautiful lake and also many vistas of peaks, slopes and valleys in the ever deepening colors of sunset. The orange rays of the sun changed the lake into a colorful fairyland. You could see the reflection of the sun’s rays and the blue on the water changing through every color variation. I could watch it for hours, but that is not how sunset works with the sun disappearing. Besides, the only way back was the way we came up and it was wise to begin our descent before it got dark. We both kept taking pictures of the sunset even during our descent.

We were not alone up there. We met some people on the top. One of the couples we talked to come here every year. They had their wedding on this fantastic spot. They were here celebrating their wedding anniversary. We saw some fisherman to arrive after us for overnight fishing as these roads are open day and night. It is a public land where one can fish and hunt and stay while observing the rules and preserving the environment in its pristine condition. I can imagine getting used to eating fish from that lake that does not have pollution.

In this region there are more beautiful lakes. The next day, on the way to Durango, we visited some of them, such as Molas Lake, and the Little Molas Lake, which are not in the alpine zone. They have lots of vegetation around them and floating plants as well. The Little Molas Lake is in the middle of a wetland and there were various flowers everywhere.

This was a fantastic trip with breathtaking sights and invigorating hikes. 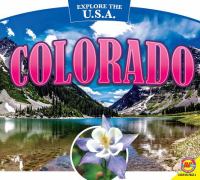 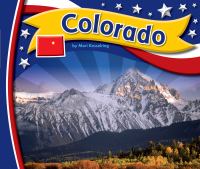