In my previous Valentine’s Day Blog I wrote about celebrations around Europe. Now, I write about Asia.

It is a fairly new holiday. Young people exchange SMS, give gifts, and look colorful and festive. Women usually wear red dresses, and couples  go to a restaurant.

If you get a chance, you should definitely check out the festival of the Miao people in southwestern China. The “Sisters’ Meal” festival is celebrated on the 15th of March and usually lasts for three days.  Miao girls collect fresh wildflowers and leaves from the mountains to produce natural colorings in order to dye glutinous rice, known as "sisters' rice". Steamed rice is dyed blue, pink, yellow, and white to represent spring, summer, autumn, and winter. Women wear attractive sterling silver dresses, silver headdresses, crows and silver neck rings. According to tradition, silver represents light, and it keeps the evil spirit far away. The elegant ethnic costumes can be an exotic fashion show. When the young men arrive, they begin to single out the young women they hope to marry someday and begin to sing to them. Women and men sing to each other. When the men or the woman can't answer the questions by singing, they lose and should give the gifts to the winner. Other activities are bullfighting, horse racing, and traditional Miao performances with lusheng, a reed-pipe with multiple bamboo pipes mimicking voices.

The Chinese Valentine’s Day or Qixi Festival is based on romantic legend about weaver girl and an ox herd. This year Qixi Festival will be on August 4.

In February, the streets of Bagdad are full of red balloons and red teddy bears. Kurds believe they can preserve the love with apple and clove.

Valentine’s Day is celebrated on 14th February by women buying gifts and chocolates for their male companions or lovers. They make handmade chocolate or buy more expensive items for the ones whom they like more. Men will return gifts on March 14, which is called the “White Day”.

Valentine’s Day is not one but 12 days when the people celebrate love. On February 14, women give presents to men. There is much commercial advertisement of jewelry, lingerie and chocolate in this period. White Day is on March 14th. The men return with presents. The name came from the primarily white gifts, for example white chocolate. This is slowly changing for other shades of gifts. Black Day is April 14; this is for singles. The name come from eating black noodles. Much less advertisement is going on related to that. They have the other love days as well. Diary Day in in January, Rose Day in May, Kiss Day in June, Silver Day in July, Green Day in August, Photo Day in September, Wine Day in October, Movie Day in November, and Hug Day in December.

Valentine’s Day is called Prem Diwas or Pranaya Diwas in Nepali. Valentine Day was not traditionally celebrated. Now it is very popular with the young generation. They celebrate with roses, chocolate and teddy bears.

On Valentine’s Day, sometimes hundreds maybe thousands of couples are married in a government sponsored event. This is the biggest and most commercialized holiday in the country, the most amazing holiday for young people.

Korea, Land of the Morning Calm 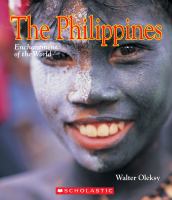 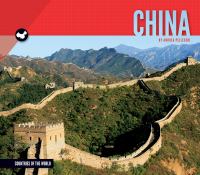 A Traveller's History of Japan