This weekly blog series, published each Friday evening, features five films from streaming services and discs which you can access for free using your library card.

I still believe that peace and plenty and happiness can be worked out some way. I am a Fool.

The Fool doth think he is wise, but the wise man knows himself to be a Fool.

The Fool is one of the longest-lived characters in literature. In times long past, the Fool was the only one who could speak truth to the king, from both ends, if we are referring to Roland the Farter. But the truth the Fool exposes is their humanity. The Fool is us, and we are the Fool.

Here are five movies for the Holiday of Fools to get you giggling over hijinks, slapstick, and buffoonery. 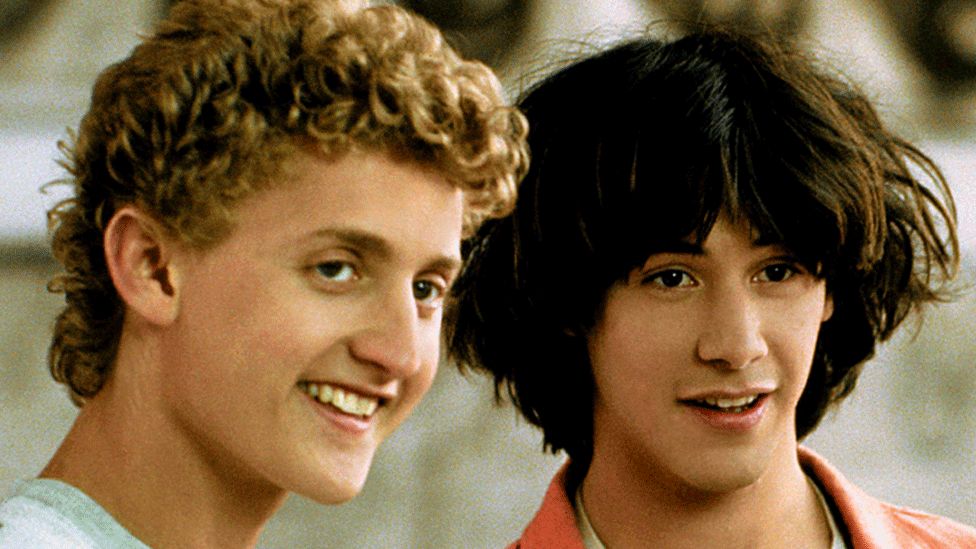 Bill: Socrates...“The only true wisdom consists of knowing you know nothing.”

Here is a threefer: The Wyld Stallyns (Alex Winter as Bill, Keanu Reeves as Ted) are set upon a mission by an emissary of the utopian future (George Carlin) they usher in by virtue of their world-pacifying music. Then they must find a way to return from the dead and save their girlfriends and the future from an evil would-be-global dictator. THEN they must learn the future does not revolve around them and pass the torch to their children (Bridgette Lundy-Paine and Samara Weaving). This trilogy has it all: George Carlin, historical figures, time travel, George Carlin, a pair of nude, beastly, Martian scientists that can merge into a single being and George Carlin! I dare you to watch any of these movies and NOT spend the next week thrashing air-guitar with your friends. Be excellent to each other, and party on, dudes!

Available on DVD and Blu-Ray

Bart: Oh baby, you’re so talented! And they’re so DUMB!!!

Railroad worker Bart (Cleavon Little) finds himself thrust into a battle over the rights to a western cattle town. Clever, competent, and courageous, he takes up a task only a Fool would accept, the Black sheriff of a Wild West town. Bart is aided by a team of Fools, including a washed-up gunslinger Jim aka The Waco Kid (Gene Wilder), the wavishing desert wose Lili von Shtupp (Madeline Kahn) and Mongo, the hulking bruiser who likes candy and is “only pawn in game of life” (Alex Karras). 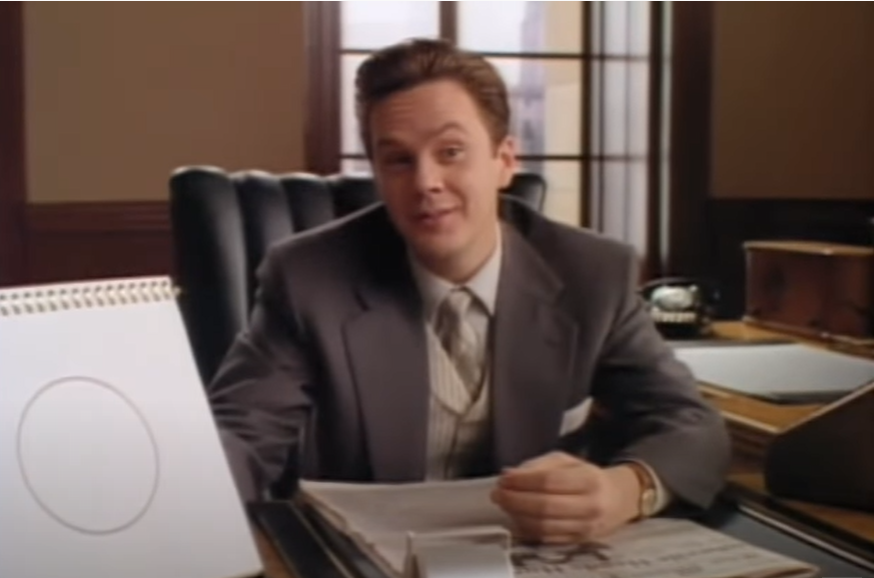 Available on Kanopy, DVD and Blu-ray

The Coen Brothers serve up a comedy about self-made men, starring Timothy Robbins as the buffoonish Munsee, Indiana boy who comes to the big city to find his fortune, Jennifer Jason Leigh as the hard-bitten, fast-talking reporter trying to uncover the straight dope on the new head of Hudsucker Industries, and Paul Newman as the heartless CEO whose scheme to finagle the stock so the board can own the whole company sets off a comedy of errors. You will enjoy this movie, “I’d stake my Pulitzer on it!” 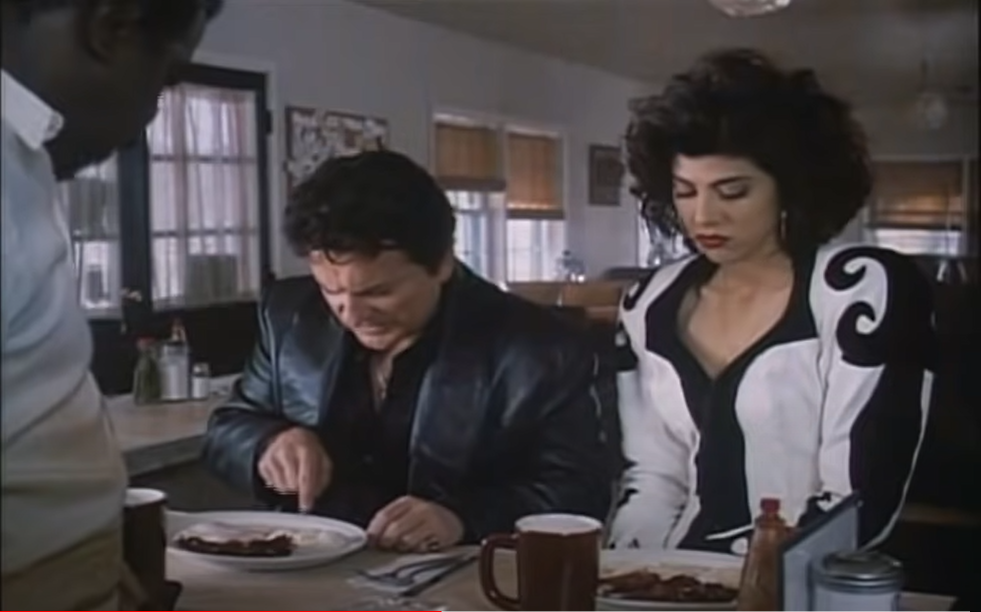 Available on Hoopla and DVD

Vinny: Nothin’. You know you stick out like a sore thumb around here.

Lisa: Me? What about you?

Vinny: I fit in better than you. At least I’m wearin’ cowboy boots!

Two college-bound New York yutes (“Oh excuse me, Your Honor. Two YOUTHS”) find themselves wrongfully arrested for the murder of a local convenience store clerk. Fortunately, one of them has a lawyer in the family (Joe Pesci) who agrees to come down to small-town Alabama with his fiancé (Marissa Tomei) and take the case! Unfortunately for the two...defendants, this will be his first trial, as he has been practicing law for six weeks after it took six times to pass the bar exam. Armed with a New York attitude, street smarts and a passing acquaintance with the legal system, this fish-out-of-water must survive a clash of cultures as he blunders his way through a feud with a local barfly over a gambling debt and a surprisingly accurate portrayal of court procedure. Also, who can resist a court drama with the judge played by Herman Munster? 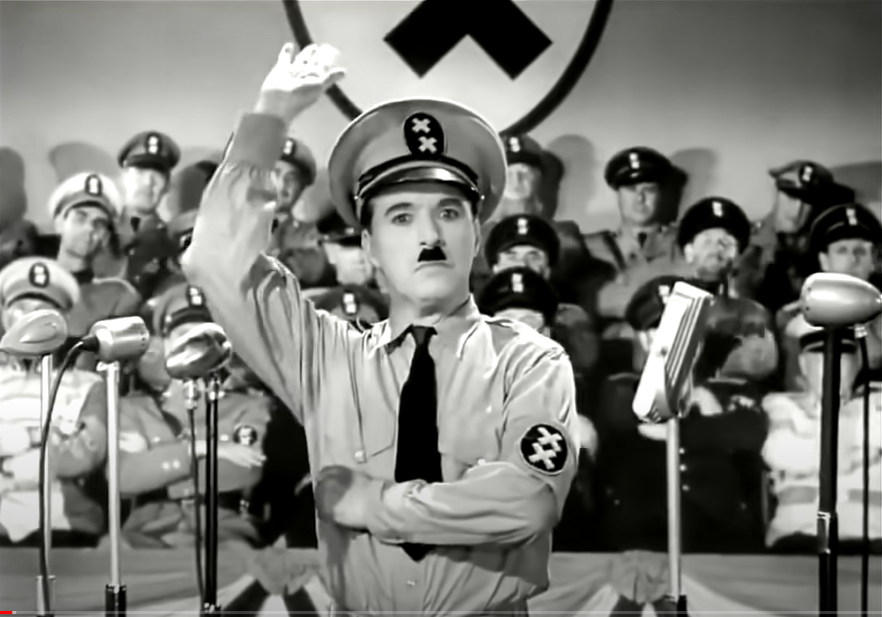 Available on Kanopy and Blu-ray

Commander Schultz: Strange, and I always thought of you as an Aryan!

Jewish Barber’s Speech: In the seventeenth chapter of St. Luke, it is written that the kingdom of God is within man, not one man nor a group of men, but in all men! In you! You, the people, have the power, the power to create machines, the power to create happiness... Look up, Hannah! The soul of man has been given wings and at last he is beginning to fly. He is flying into the rainbow! Into the light of hope, into the future! The glorious future, that belongs to you, to me and to all of us. Look up, Hannah. Look up!

This classic movie was made before the US entered WWII. Directed by Charlie Chaplin who played Herr Phooey Adenoid Hynkel, dictator of Tomania as well as the Jewish Barber who is mistaken for the dictator, this movie contains one of the greatest monologues in cinematic history in Chaplin’s first “pure talkie.” Combining his slapstick physicality and Chaplin’s anti-fascist sentiments, the movie is full of wacky characters like “Garbitsch” (pronounced “Garbage”) and “Herring,” Napoloni, Dictator of Bacteria, and classic bits like German speeches combining snorts, coughs, and food items rather than actual words, a shave to classical music, goofy chases, and my personal favorite, Nazis struck athwart the noggin with frying pans. Hitler predictably banned the movie in Germany and Nazi occupied territories. He privately screened the movie twice, but his reaction was never recorded. “I’d give anything to know what he thought of it,” Chaplin mused. The final speech is a dedication to the world that can be achieved through the simple nobility of the Fool.

Note: any resemblance to dictators alive or dead are completely intended and should be treated with the contempt merited their real-life counterparts.