Learn more about the 2S in LGBTQI2SA+.

**Please note that I do not identify as Native/Indigenous and/or Two Spirit. It is not my claim nor will it ever be my claim to speak on the behalf of these communities. I'm simply sharing what I have learned through my own personal research/readings. As with learning about any unshared cultural identity, it is important to acknowledge, listen to, and respect the voices of those who have those lived experiences. At the end of this post you'll find a list of resources that were written/developed by individuals that do identify as Native/Indigenous and/or Two Spirit. 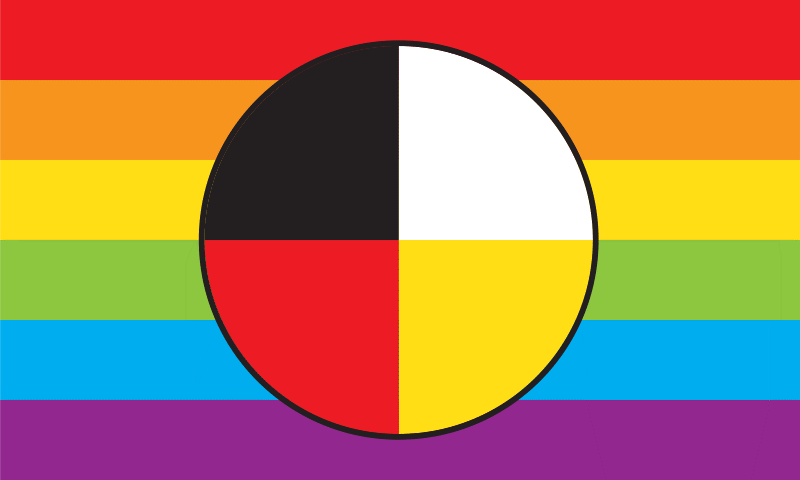 As we continue to celebrate Pride Month, I've been reflecting on the ways that I've been attempting to expand my knowledge of the varied cultural and historical experiences of others. Being a Black queer woman presents it's own unique sets of challenges. Sometimes I find myself getting caught in the highs and lows of my own intersecting marginalized identity that I don't always do the best job of acknowledging the intersecting marginalized identities of others. A few years ago I began to notice the shift in using LGBTQ+ to using LGBTQ2S+. Unaware of what 2S meant, I spent some time reading articles and checking out resources that provide a better cultural and historical understanding of why it is important to acknowledge the 2S in LGBTQI2SA+.

Though the term was officially coined in 1990 in Winnipeg Canada, Two Spirit culture has been present in Native and Indigenous communities for centuries and actually predates any western LGBTQ+ terminology. It is due to colonization and persecution by Western cultural practices that Two Spirit culture seemingly disappeared. As stated by Enos of Indian Country Today, the term "is not a specific definition of gender, sexual orientation, or other self-determining catch-all phrase, but rather an umbrella term. Two Spirit people have both a male and female spirit within them and are blessed by their Creator to see life through the eyes of both genders." In understanding this statement, it is clear that utilizing the term Two Spirit is a way for Native and Indigenous communities to reclaim a part of their culture. One of the most vital things that I have learned in my own personal readings of the history and culture of Two Spirit people is that it is not confined to the categories defined by Western culture. Two Spirit people may identify as LGBTQ+ or not. As noted by Out Saskatoon, "Indigenous views of gender come from a spirit based teaching: that a person's gender is based on their spirit rather than their physical body. This worldview is different from the flawed and limiting Eurocentric colonial belief in a gender binary that is defined by the physical body." Lastly, it is important to recognize that identifying as Two Spirit is reserved for Native and Indigenous communities and no one else.

It is through this learning process that I am constantly reminded of the vital role that intersectionality plays in the LGBTQI2SA+ community. Without it, we often leave out the narratives, histories, and experiences of those who have additional marginalized identities. It is important to continue to learn about these intersecting identities so that individuals are no longer erased from the community and kept from the support they need. If you are interested in learning more about Two Spirit culture or reading books by and/or about Two Spirit people, please check out the resources and the book list below.

Love After the End

A History of My Brief Body