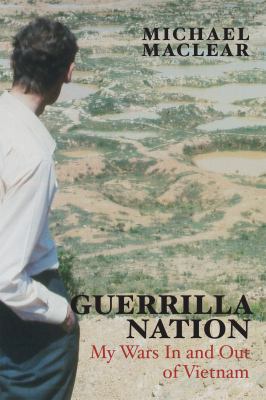 My Wars in and out of Vietnam.

Maclear, Michael, author.
Format: Ebook
Description: 1 online resource
A celebrated journalist finds himself reporting on the savage war in Vietnam while in combat with his own network. In September 1969, Michael Maclear, the first Western television journalist allowed inside North Vietnam, was in Hanoi for major Canadian and U.S. networks. He recounted in gripping detail how an entire population had been trained for generations in guerrilla combat. His reporting that the North was motivated more by nationalism than Marxism was highly controversial. Later Maclear was taken blindfolded to a Hanoi prison for captive U.S. pilots, some of whom condemned the war. Nixon's White House said the Canadian reporter was duped, and Maclear's own network questioned him in those terms on air. Later, the network found reason to dismiss Maclear as a foreign correspondent. Recently, Maclear returned to Vietnam and interviewed surviving key figures from the war. In this book, he includes startling new information on guerrilla tactics and delivers an impassioned argument for the necessity of journalistic impartiality and integrity.
Other Authors:
hoopla digital.
Subjects:
Maclear, Michael.
Vietnam War, 1961-1975.
War correspondents -- Canada -- Biography.
Journalists -- Canada -- Biography.
Electronic books.