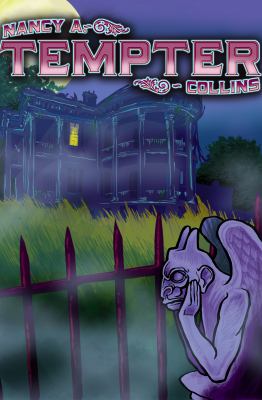 Collins, Nancy A., author.
Format: Ebook
Description: 1 online resource
A has-been rock star looks to revive his career and is tricked into helping an evil spirit imprisoned in an abandoned mansion deep in the Louisiana bayous New Orleans has long been famous for good food, good times, good music-and voodoo. When troubled musician Alex Rossiter relocates to the Big Easy, he soon finds his rock star mojo working again. Not only is his new band attracting notice, he's also having affairs with two gorgeous women: the sexy voodoo queen Ti Alice, and beautiful businesswoman Charlotte "Charlie" Calder. But when Rossiter stumbles across a long-lost book of ancient spells, he unwittingly invites the evil spirit known as Tempter into his dreams-and, soon, his waking hours as well. Tempter is eager to escape his other-dimensional prison so he can once more slake his perverted lusts on the flesh of the living, starting with Charlie. It's up to Jerry Sloan-Rossiter's boyhood friend and Charlie's not-so-secret admirer-and the one-eyed hoodoo woman known as Mad Aggie to stop Tempter's evil plans before he destroys not Charlie but the descendants of the voodoo priestess who imprisoned him over a century ago. Together this unlikely duo must travel to the abandoned plantation deep in Louisiana's haunted bayou country, and face the dark secret that lies waiting for them, locked inside its rotting heart.
Other Authors:
hoopla digital.
Subjects:
Vodou -- Fiction.
Electronic books.

More By Collins, Nancy A., author.