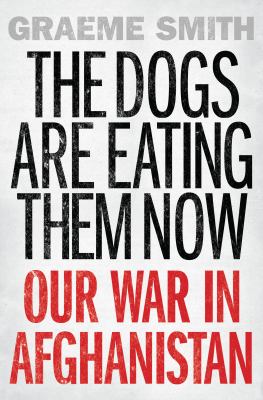 Our War in Afghanistan.

Smith, Graeme, 1979-
Format: Ebook
Description: 1 online resource
The Dogs are Eating Them Now is a highly personal narrative of our war in Afghanistan and how it went dangerously wrong. Written by a respected and fearless former foreign correspondent who has won multiple awards for his journalism (including an Emmy for the video series "Talking with the Taliban") this is a gripping account of modern warfare that takes you into back alleys, cockpits, and prisons -telling stories that would have endangered his life had he published this book while still working as a journalist. Smith was not simply embedded with the military: he operated independently and at great personal risk to report from inside the war, and the heroes of his story are the translators, guides, and ordinary citizens who helped him find the truth. They revealed sad, absurd, touching stories that provide the key to understanding why the mission failed to deliver peace and democracy. From the corruption of law enforcement agents and the tribal nature of the local power structure to the economics of the drug trade and the frequent blunders of foreign troops, this is the no-holds-barred story from a leading expert on the insurgency.
Other Authors:
hoopla digital.
Subjects:
Smith, Graeme, 1979-
Taliban.
Afghan War, 2001- -- Personal narratives, Canadian.
War correspondents -- Canada -- Biography.
War correspondents -- Afghanistan -- Biography.
Insurgency -- Afghanistan -- History -- 21st century.
Afghan War, 2001- -- Social aspects.
War and society -- Afghanistan -- History -- 21st century.
Electronic books.
Afghanistan -- Politics and government -- 2001-
Afghanistan -- Social conditions -- 21st century.

The Dogs are Eating Them Now : Our War in Afghanistan
Smith, Graeme, 1979-