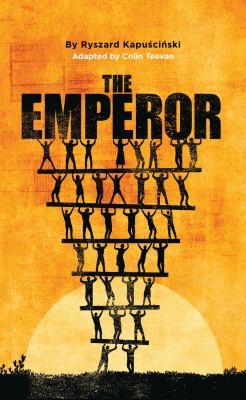 Teevan, Colin, author.
Format: Ebook
Description: 1 online resource
The Emperor tells the story of the downfall of Emperor Haile Selassie I of Ethiopia and with it the end of a three thousand- year-old monarchy that traced its origins back to King Solomon. Based on the extraordinary book by legendary Polish journalist Ryszard Kapuscinski, it is told from the unique perspective of the Emperor's former servants, courtiers and ministers. It is a powerful exploration of the nature of power and loyalty. This adaptation and production is from the adaptor and the team that created the international hit Kafka's Monkey which also starred the master of transformation, Kathryn Hunter.
Other Authors:
Adaptation of (work): Kapuściński, Ryszard. Cesarz. English.
hoopla digital.