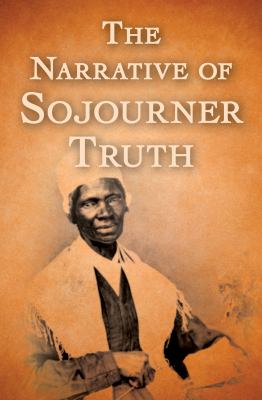 A Northern Slave, Emancipated from Bodily Servitude by the State of New York, in 1828

Truth, Sojourner, 1799-1883, author.
Format: Ebook
Description: 1 online resource
From slavery to liberation to life as an abolitionist, feminist, orator, and preacher-the autobiography of a woman who refused to be anything but free. Born into slavery in New York around 1797, then sold from master to master, Sojourner Truth spent her formative years witnessing the cruelty inherent in the institution of slavery. Escaping to a friendly household before emancipation, she learned that her young son had been sold illegally and launched a lawsuit that would end with his release-the first time in America that a black woman went to court against a white man and won. But Truth hadn't even begun her work. She made it her life's mission to free all those who were considered less than equal-both those in chains and those held down because of their gender-ultimately inspiring her friends and followers with the legendary speech that came to be known as "Ain't I a Woman?" So great was Truth's renown and respect that she met with President Abraham Lincoln in 1864. She was later named one of the 100 Most Significant Americans of All Time by Smithsonian magazine. Published in 1850, The Narrative of Sojourner Truth was spoken aloud to Truth's friend and neighbor Olive Gilbert, as she herself was illiterate. Along with The Narrative of the Life of Frederick Douglass, it remains one of the most moving and eloquent slave narratives-a testament to the resilience of the human spirit.
Other Authors:
Gilbert, Olive, editor.
Stowe, Harriet Beecher, 1811-1896, writer of introduction.
Garrison, William Lloyd, 1805-1879, writer of preface.
Container of (work): Weld, Theodore Dwight, 1803-1895. American slavery as it is. Selections.
hoopla digital.