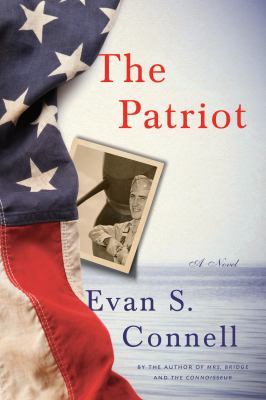 Connell, Evan S., 1924-2013, author.
Format: Ebook
Description: 1 online resource
Another brilliant example of Evan Connell's art, The Patriot deals with an American boy who grew to maturity with World War II. He had learned his father's patriotism, and then, through the impact of firsthand experience, formulated his own. Melvin Isaacs, aged seventeen, became a Navy Air Force cadet in 1942. His course of training as a flyer was an education in fear and death, even though it had its wonderfully comic times and a sense of comradeship that was new to him. Perhaps it was in the air-for Melvin loved to fly-that the first feelings of aloneness stirred his mind. Melvin, who queried the whys and wherefores of his regimented training life, became, despite all efforts to conform, a maverick. This portion of the novel is a touching and true mixture of human comedy and tragedy, and it also embodies scenes of flight and danger that are unmatched for pure vividness and sensate realism. The story of Melvin after the war is a continuation of the absurdities that can pursue a man so constituted that he must think for himself. And here the implications of the novel become clear. It is partly the age-old story of a father and son in conflict, of an older generation's notions that are insupportable to the younger, a human dilemma that has no possible resolution. It is also the story of Melvin's final rejection of war, of his unshakeable conviction that a man today must think and act for the good of the planet, Stephen Decatur's slogan notwithstanding. With too many excellences to catalogue and extol, the novel has a total effect of a new voice telling a new story of this old familiar world.
Other Authors:
hoopla digital.
Subjects:
Fathers and sons -- Fiction.
Air pilots, Military -- United States -- Fiction.
Electronic books.