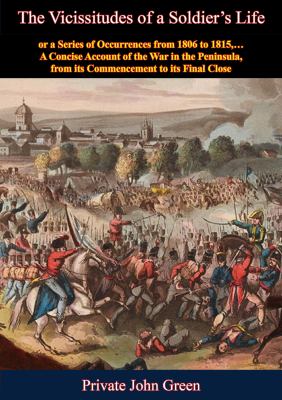 A Concise Account of the War in the Peninsula.

Green, John, 1790-
Format: Ebook
Description: 1 online resource
Another fascinating view from the ranks of the British Army during the Napoleonic Wars. John Green was born in Nottingham in 1790, but bored of life as an apprentice carpet maker he fled to sea on a privateer and after a short cruize enlisted in the 68th Regiment of Foot as a private. As he recounts in his memoirs his life was hard, brutal and often deadly; his regiment was sent to the fever riven isle of Walcheren before a posting to the armies of Sir Arthur Wellesley in the Peninsula. Green and his comrades fought with great distinction in the Peninsular Wars, especially at the battles of Salamanca and Vitoria before Green was seriously wounded and sent back to England.
Other Authors:
hoopla digital.
Subjects:
Green, John, 1790-
Peninsular War, 1807-1814 -- Personal narratives.
Electronic books.