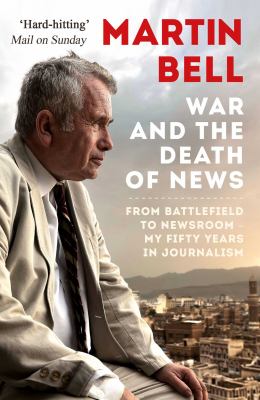 Reflections of a Grade B Reporter.

Bell, Martín.
Format: Ebook
Description: 1 online resource
Martin Bell has served as a corporal in a colonial army, been embedded with British forces, gone on missions with Americans and crossed the Suez Canal with the Israelis. He has kept the company of soldiers, warlords, mercenaries and militias, and even attended one of Idi Amin's weddings. From Vietnam to Yemen, Bell has been in the thick of it, witnessing first-hand the dramatic changes in how wars are fought and reported. Drawing on his experiences as a journalist and a soldier, the respected former BBC correspondent provides a moving, personal account of war - its futility and its failures - and an impassioned take on what we've lost in twenty-first century reporting. The dangers we face today from international terrorism are unprecedented, and TV news, no longer being an eyewitness, censors real world violence and peers across frontiers with the help of unverifiable videos. War and the Death of News is a compelling account of where we have come from and where we now stand, by one of the outstanding TV journalists of our time.
Other Authors:
hoopla digital.
Subjects:
Bell, Martin, 1938-
War correspondents -- Great Britain -- Biography.
Journalists -- Biography.
Electronic books.