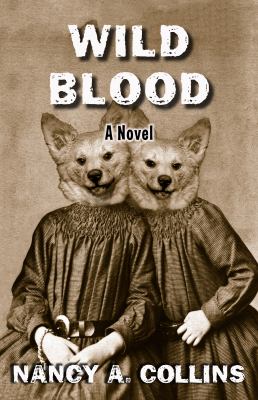 Collins, Nancy A., author.
Format: Ebook
Description: 1 online resource
Following the death of his beloved mother, young Skinner Cade discovers he was adopted. Determined to find his true origins, he travels westward from the Mississippi Delta to the deserts of Arizona. There, Skinner learns of Changing Woman, the mysterious leader of the Coyotero who might be his biological mother. When a misunderstanding with the cops lands him behind bars, Skinner discovers a dark and brutal aspect of himself that he believed existed only in his nightmares: He is not truly human, but a werewolf. After escaping during a prison riot of his own creation, Skinner crosses paths with a pack of young werewolves, posing as a punk band, who draw him even deeper into a terrifying, monstrous world of bloodlust, murder, and depravity. Will Skinner Cade fight to maintain his humanity, or will he fully embrace his wild blood? This ebook edition has been heavily revised and updated and is the author's preferred text.
Other Authors:
hoopla digital.
Subjects:
Werewolves -- Fiction.
Dreams -- Fiction.
Electronic books.

More By Collins, Nancy A., author.