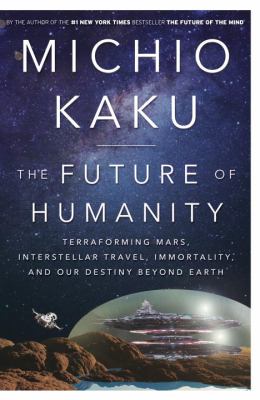 Terraforming Mars, Interstellar Travel, Immortality, and Our Destiny Beyond Earth

Kaku, Michio, author.
Format: Book
Edition: First edition.
Description: xx, 339 pages : illustrations ; 25 cm
"Formerly the domain of fiction, moving human civilization to the stars is increasingly becoming a scientific possibility--and a necessity. Whether in the near future due to climate change and the depletion of finite resources, or in the distant future due to catastrophic cosmological events, we must face the reality that humans will one day need to leave planet Earth to survive as a species. World-renowned physicist and futurist Michio Kaku explores in rich, intimate detail the process by which humanity may gradually move away from the planet and develop a sustainable civilization in outer space. He reveals how cutting-edge developments in robotics, nanotechnology, and biotechnology may allow us to terraform and build habitable cities on Mars. He then takes us beyond the solar system to nearby stars, which may soon be reached by nanoships traveling on laser beams at near the speed of light. Finally, he brings us beyond our galaxy, and even beyond our universe, to the possibility of immortality, showing us how humans may someday be able to leave our bodies entirely and laser port to new havens in space. With irrepressible enthusiasm and wonder, Dr. Kaku takes readers on a fascinating journey to a future in which humanity may finally fulfill its long-awaited destiny among the stars"-- Provided by publisher.
Subjects:
Astrophysics.
Interplanetary voyages. 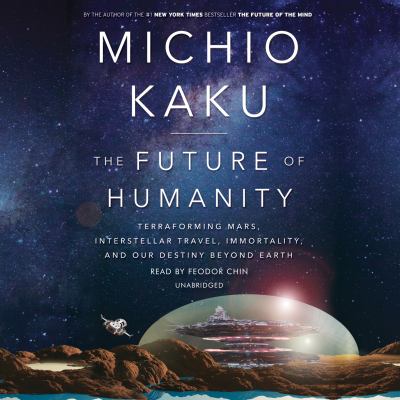 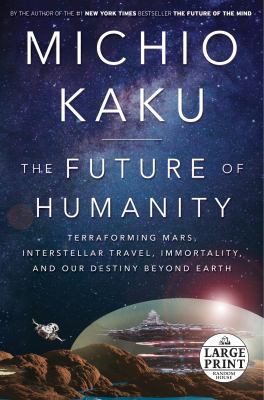 The future of humanity : terraforming, interstellar travel, immortality, and our destiny beyond Earth
Kaku, Michio, author.