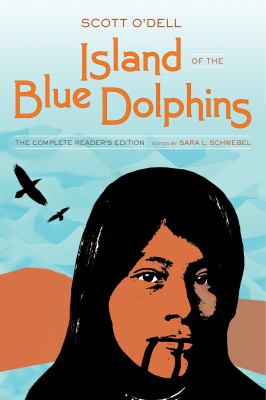 O'Dell, Scott, 1898-1989, author.
Format: Book
Edition: Complete reader's edition.
Description: xi, 237 pages : illustrations, map ; 24 cm
"This is the first authoritative edition of one of the most significant children's books of the twentieth century. Winner of the 1961 Newbery Medal, Island of the Blue Dolphins tells the story of a young Native American girl stranded for eighteen years on San Nicolas Island, off the coast of California. In addition to the text of the original book, this special edition includes two excised chapters published here for the first time, as well as a critical introduction and essays that offer new background on the archaeological, legal, and folkloric history of Native Americans in California. The Complete Reader's Edition explores the composition history and editorial decisions made by author Scott O'Dell that ensured the success of Island of the Blue Dolphins at a time when second-wave feminism, the civil rights movement, and multicultural education increasingly influenced which books were taught. This edition also considers how readers might approach the book today, when new archaeological evidence is emerging about the "Lone Woman of San Nicolas Island," on whom O'Dell's story is based, and Native peoples are engaged in the reclamation of indigenous histories and ongoing struggles for political sovereignty"-- Provided by publisher.
Other Authors:
Schwebel, Sara L., editor.
Contents: Composition of Island of the blue dolphins -- The geography of Karana's island -- Text of the first edition of Island of the blue dolphins -- Chapters excised from Island of the blue dolphins drafts -- Archaeology, Island of the blue dolphins, and the lone woman of San Nicolas Island / René L. Vellanoweth -- A counterstory of Native American resistance / Carole Goldberg.
Subjects:
O'Dell, Scott, 1898-1989. Island of the blue dolphins.
O'Dell, Scott, 1898-1989 -- Criticism and interpretation.
Indians of North America -- Juvenile fiction.
Survival -- Juvenile fiction.
Islands -- Juvenile fiction.
Indians of North America -- Fiction.