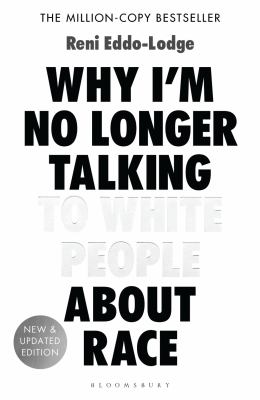 Eddo-Lodge, Reni.
Format: Ebook
Related Information: http://api.overdrive.com/v1/collections/v1L1BRwAAAA2g/products/402ae88d-5a31-498d-86a6-850bbaf51906
Description: text file
'This is a book that was begging to be written. This is the kind of book that demands a future where we'll no longer need such a book. Essential' Marlon James, Man Booker Prize-Winner 2015 'One of the most important books of 2017' Nikesh Shukla, editor of The Good Immigrant A powerful and provocative argument on the role that race and racism play in modern Britain, by award-winning journalist Reni Eddo-Lodge In 2014, award-winning journalist Reni Eddo-Lodge wrote about her frustration with the way that discussions of race and racism in Britain were being led by those who weren't affected by it. She posted a piece on her blog, entitled: 'Why I'm No Longer Talking to White People About Race'. Her words hit a nerve. The post went viral and comments flooded in from others desperate to speak up about their own experiences. Galvanised by this clear hunger for open discussion, she decided to dig into the source of these feelings. Exploring issues from eradicated black history to the political purpose of white dominance, whitewashed feminism to the inextricable link between class and race, Reni Eddo-Lodge offers a timely and essential new framework for how to see, acknowledge and counter racism. It is a searing, illuminating, absolutely necessary exploration of what it is to be a person of colour in Britain today.
Other Authors:
OverDrive, Inc.
Subjects:
Sociology.
Nonfiction. 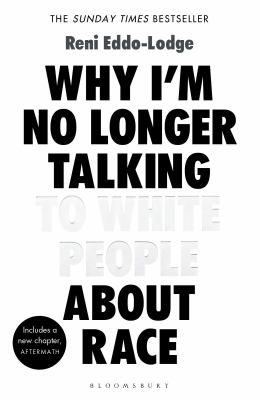 Why I'm no longer talking to white people about race
Eddo-Lodge, Reni, author.