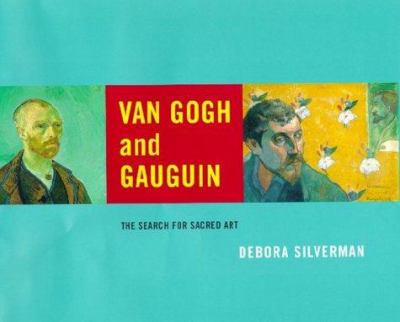 The Search for Sacred Art

Silverman, Debora, 1954-
Format: Book
Edition: 1st ed.
Description: xviii, 494 p. : ill. (some col.) ; 22 x 27 cm.
A leading scholar offers fresh insight into one of the key moments in modern art history During the fall of 1888, Vincent Van Gogh and Paul Gauguin lived and worked together in Provence. There in a yellow house at Arles, they changed the course of modern art. The relationship between the two painters came at a critical point in each of their careers, and began as a plan for a new community of artist-brothers, who would flourish in a harmonious condition of mutual support. While the two painters never achieved the goal of brotherly harmony, they nonetheless found their creativity spurred by association. Until now, the Arles period has been interpreted in the light of the temperamental differences between the artists, culminating in the famous incident in which Van Gogh cut off part of his left ear lobe to spite Gauguin. In the shadow of the drama, their larger intellectual and theoretical debates at Arles have been neglected. Debora Silverman demonstrates here for the first time the great significance of their religious backgrounds and conflicts, with important new research on Van Gogh and Gauguin's respective Protestant and Catholic origins and formations, and fresh readings of the major pictures of the period. Both artists emerge in startling new ways, as the paintings they produced at Arles are reevaluated in the light of their divergent attempts to create a new sacred art.
Subjects:
Gogh, Vincent van, 1853-1890 -- Criticism and interpretation.
Gauguin, Paul, 1848-1903 -- Criticism and interpretation.
Artistic collaboration -- France
Religion in art

Hold
Book
1 of 1 available
Save to List
Includes bibliographical references (p. 429-482) and index.