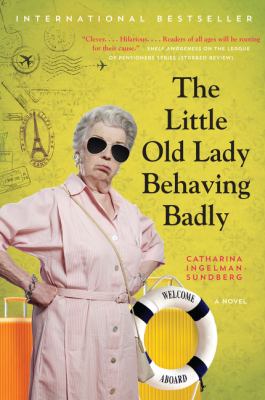 Ingelman-Sundberg, C., author.
Format: Book
Edition: First U.S. edition.
Description: 443 pages ; 21 cm.
In the third hilarious, unforgettable installment in internationally bestselling author Catharina Ingelman-Sundberg's League of Pensioners series, Martha and the League's latest escapade has them headed for the French Riviera in what is sure to be the most daring caper of the summer. Martha and her friends are sitting comfortably in Sweden ... a little too comfortably. Determined to do more for their fellow pensioners--and jazz things up for themselves--they're up to their usual antics: bank robberies, money laundering, and figuring out how to disappear in a garbage-truck-cum-getaway-car. They have their sights sets on building a resort village for seniors, but that's going to take money. Lots of money. While stalking their millionaire neighbor, Carl, on Facebook, Anna-Gretta scrolls through his photos--all of them featuring luxury yachts on the Riviera--and an idea comes to her on how to solve the League's cash problem. When she shares the hare-brained scheme with the others, they're all aboard. Their plan to cheat billionaires out of their luxury yachts in the south of France's sun-bleached Saint-Tropez soon turns into the heist of their lives with the police hot on their heels--as well as a couple of ruthless ex-cons. Now this wily group of walker-equipped conspirators are hell-bent on accomplishing their dangerous mission--no matter the consequences ...
Series: Ingelman-Sundberg, C. League of pensioners series.
Other Authors:
Bradbury, Rod, translator.
Subjects:
Older people -- Fiction.
Theft -- Fiction.
Riviera (France) -- Fiction.

Hold
Book
1 of 2 available
Save to List
"Originally published as Rån och inga visor in Sweden in 2016 by Bokförlaget Forum." -- Title page verso. 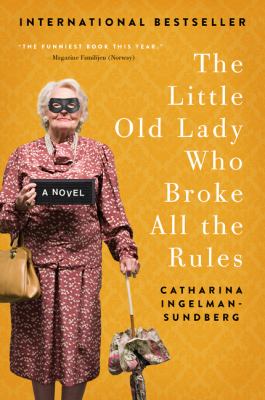 The little old lady who broke all the rules : a novel
Ingelman-Sundberg, C., author. 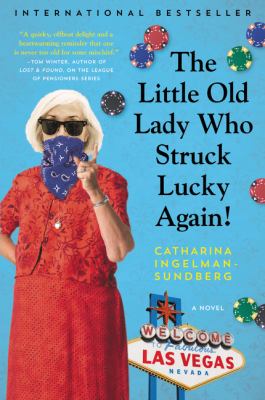