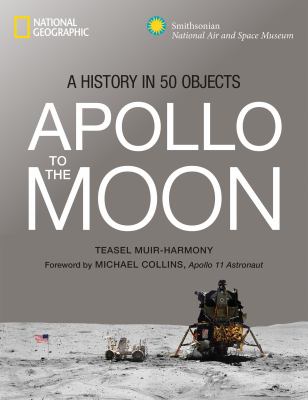 A History in 50 Objects

Muir-Harmony, Teasel E., author.
Format: Book
Description: 303 pages : illustrations (chiefly color) ; 24 cm
"A celebration of the 50th anniversary of NASA's Apollo missions to the moon, this narrative uses 50 key artifacts from the Smithsonian archives to tell the story of the groundbreaking space exploration program. Bold photographs, fascinating graphics, and engaging stories commemorate the 20th century's most important space endeavor: NASA's Apollo program to reach the moon. From the lunar rover and an emergency oxygen mask to space food and moon rocks, it's a carefully curated array of objects--complete with intriguing back stories and profiles of key participants. This book showcases the historic space exploration program that landed humans on the moon, advanced the world's capabilities for space travel, and revolutionized our sense of humanity's place in the universe. Each historic accomplishment is symbolized by a different object, from a Russian stamp honoring Yuri Gagarin and plastic astronaut action figures to the Apollo 11 command module, piloted by Michael Collins as Armstrong and Aldrin made the first moonwalk, together with the monumental art inspired by these moon missions. Throughout, Apollo to the Moon also tells the story of people who made the journey possible: the heroic astronauts as well as their supporters, including President John F. Kennedy, newsman Walter Cronkite, and NASA scientists such as Margaret Hamilton."--Publisher's website.
Other Authors:
Collins, Michael, 1930- writer of foreword.
National Air and Space Museum.

Hold
Book
1 of 1 available
Save to List
Includes bibliographical references (pages 296-297) and index. 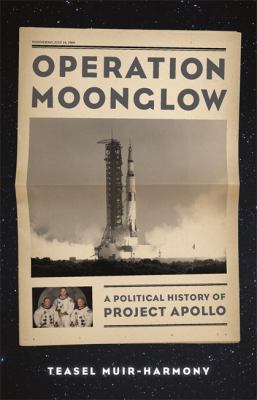