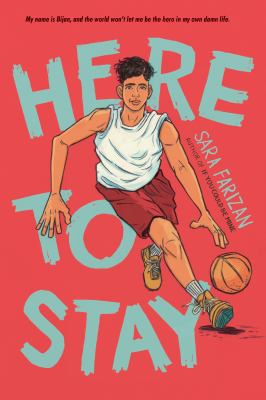 Farizan, Sara, author.
Format: Ebook
Description: 1 online resource
Bijan Majidi is: * Shy around girls * Really into comics * Decent at basketball Bijan Majidi is not: * A terrorist What happens when a kid who's flown under the radar for most of high school gets pulled off the bench to make the winning basket in a varsity playoff game? If his name is Bijan Majidi, life is suddenly high fives in the hallways and invitations to exclusive parties-along with an anonymous photo sent by a school cyberbully that makes Bijan look like a terrorist. The administration says they'll find and punish the culprit. Bijan wants to pretend it never happened. He's not ashamed of his Middle Eastern heritage; he just doesn't want to be a poster child for Islamophobia. Lots of classmates rally around Bijan. Others make it clear they don't want him or anybody who looks like him at their school. But it's not always easy to tell your enemies from your friends. Here to Stay is a painfully honest, funny, authentic story about growing up, speaking out, and fighting prejudice.
Other Authors:
hoopla digital.
Subjects:
Arab Americans -- Juvenile fiction.
Cyberbullying -- Juvenile fiction.
Bullying -- Juvenile fiction.
Basketball stories.
Basketball players -- Juvenile fiction.
High schools -- Juvenile fiction.
Schools -- Juvenile fiction.
Electronic books.

If you could be mine
Farizan, Sara, author. 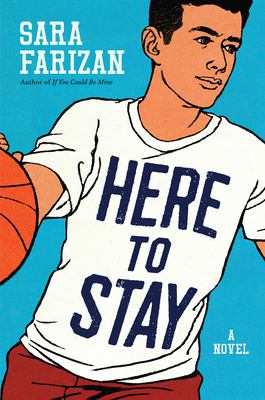 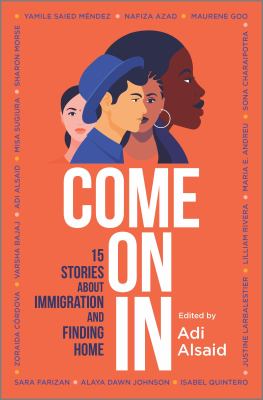 Come on in : 15 stories about immigration and finding home