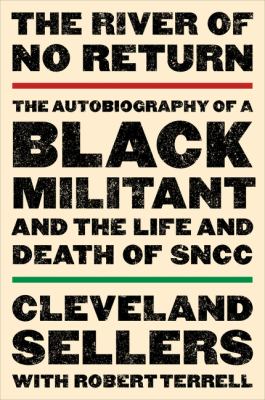 The classic memoir by Cleveland Sellers that offers a behind-the-scenes glimpse into his volunteer work with the Student Nonviolent Coordinating Committee (SNCC) during the 1960s civil rights movement.

Among histories of the civil rights movement of the 1960s, there are few personal narratives that are as compelling and insightful as The River of No Return. Besides being an insider's account of the rise and fall of the Student Nonviolent Coordinating Committee (SNCC), this riveting memoir is an eyewitness report of the strategies and the conflicts in the crucial battle zones as the fight for racial justice raged across the South.

Tracing SNCC volunteer Cleveland Sellers' zealous commitment to activism from the time of the sit-ins, demonstrations, and freedom rides in the early '60s, this fascinating narrative encompasses the Mississippi Freedom Summer (1964), the historic march in Selma, the Democratic National Convention in Atlantic City, and the murders of civil rights activists in Mississippi. Sellers also recounts the turbulent history of the SNCC and tells the powerful story of his own dedication to the cause of civil rights and social change.

The River of No Return has become a standard text for those wishing to perceive the civil rights struggle from within the ranks of one of its key organizations and to note the divisive history of the movement as groups striving for common goals were embroiled in conflict and controversy.