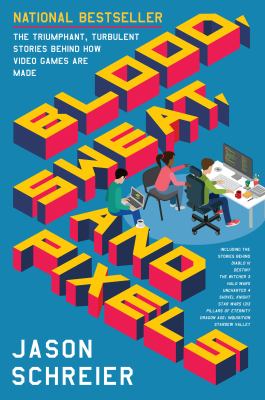 The Triumphant, Turbulent Stories Behind How Video Games Are Made

Schreier, Jason, author.
Format: Book
Edition: First edition.
Description: xxi, 278 pages ; 21 cm
"You've got your dream job--making video games. You have a great project, great designs, and clever controls. One morning, you get a call from your producer. Turns out that wall-jumping trick won't work because the artists don't have time to design a separate animation just for the plumber to move that way. Also, your lead designer keeps micromanaging the programmers, which is driving them crazy. Your E3 demo is due in two weeks, and you know there's no way you can get it done in less than four. You'll have to cut out some of the game's biggest features just to hit your deadlines. And suddenly the investor is asking if maybe you can slash that $10 million budget down to $8 million, even if you have to fire a few people to make it happen? Welcome to video game development. In his years covering the industry, Jason Schreier has often heard developers say that any game actually released is a miracle. In Blood, Sweat, and Pixels, Schreier takes you behind the scenes of some of the biggest recent games to share never-before-told stories of the struggles and failures the development teams faced along the way. His reputation for great storytelling and fly-on-the-wall detail will provide readers with the clearest picture yet of what actually goes on behind the scenes. Each chapter will cover a different game, from major studios with nine-figure budgets to indie games with half a dozen people on their teams. The chapters will also focus on a variety of subjects in the process, from building the basics to adjusting for fan reaction post-launch. Blood, Sweat, and Pixels will give readers an unparalleled inside look at one of the biggest entertainment industries in the world"-- Provided by publisher.
Contents: Introduction -- Reporting note -- Pillars of eternity -- Uncharted 4 -- Stardew Valley -- Diablo III -- Halo wars -- Dragon age: Inquisition -- Shovel Knight -- Destiny -- The Witcher 3 -- Star Wars 1313 -- Epilogue.
Subjects:
Video games.
Video games -- Economic aspects.
Video games industry.
Video games -- Design. 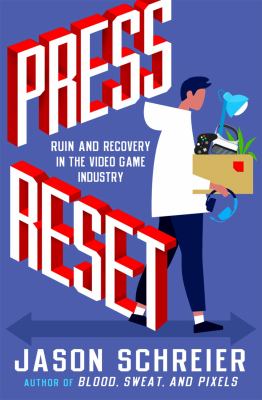