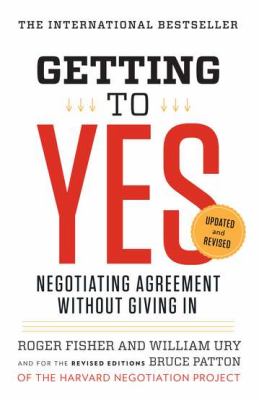 Negotiating Agreement Without Giving in

Fisher, Roger, 1922-2012.
Format: Book
Edition: Third edition, revised edition.
Description: xxix, 204 pages : illustrations ; 20 cm
"Since it was first published in 1981 Getting to Yes has become a central book in the Business Canon: the key text on the psychology of negotiation. Its message of "principled negotiations"--finding acceptable compromise by determining which needs are fixed and which are flexible for negotiating parties--has influenced generations of businesspeople, lawyers, educators and anyone who has sought to achieve a win-win situation in arriving at an agreement. It has sold over 8 million copies worldwide in 30 languages, and since it was first published by Penguin in 1991 (a reissue of the original addition with Bruce Patton as additional coauthor) has sold over 2.5 million copies--which places it as the #10 bestselling title overall in Penguin Books, and #3 bestselling nonfiction title overall. We have recently relicensed the rights to Getting to Yes, and will be doing a new revised edition--a 30th anniversary of the original publication and 20th of the Penguin edition. The authors will be bringing the book up to date with new material and a assessment of the legacy and achievement of Getting to Yes after three decades"-- Provided by publisher.
Other Authors:
Ury, William.
Patton, Bruce.

Hold
Book
1 of 2 available
Save to List
Includes bibliographical references. 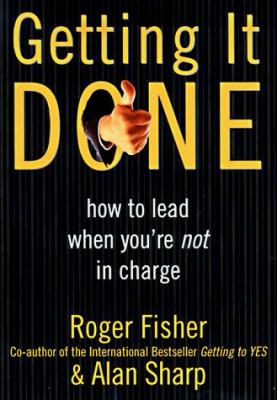