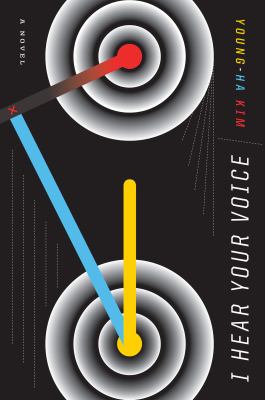 Kim, Young-ha, 1968- author.
Format: Book
Edition: First Mariner Books edition.
Description: 259 pages ; 21 cm
"From one of Korea's literary stars, a novel about two orphans from the streets of Seoul: one becomes the head of a powerful motorcycle gang, and the other follows him at all costs. In South Korea, underground motorcycle gangs attract society's castoffs. They form groups of hundreds and speed wildly through cities at night. For Jae and Dongyu, two orphans, their motorcycles are a way of survival. Jae is born in a bathroom stall at the Seoul Express Bus Terminal. And Dongyu is born mute -- unable to communicate with anyone except Jae. Both boys grow up on the streets of Seoul among runaway teenagers, con men, prostitutes, religious fanatics, and thieves. After years navigating the streets, Jae becomes an icon for uprooted teenagers, bringing an urgent message to them and making his way to the top of the gang. Under his leadership, the group grows more aggressive and violent -- and soon becomes the police's central target. A novel of friendship -- worship and betrayal, love and loathing -- and a searing portrait of what it means to come of age with nothing to call your own, I Hear Your Voice resonates with mythic power. Here is acclaimed author Young-ha Kim's most daring novel to date"-- Provided by publisher.
Other Authors:
Lee, Krys, translator.
Subjects:
Teenage boys -- Fiction.
Orphans -- Fiction.
Motorcycle gangs -- Fiction.
Friendship -- Fiction.
Seoul (Korea) -- Fiction.

Hold
Book
1 of 1 available
Save to List
Translated from Korean.