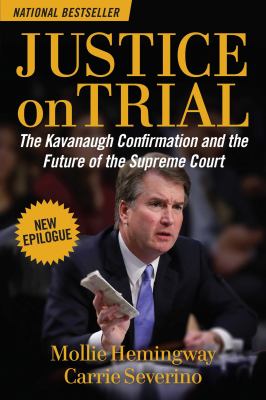 Severino, Carrie
Format: Ebook
Justice Anthony Kennedy slipped out of the Supreme Court building on June 27, 2018, and traveled incognito to the White House to inform President Donald Trump that he was retiring, setting in motion a political process that his successor, Brett Kavanaugh, would denounce three months later as a "national disgrace" and a "circus." Justice on Trial , the definitive insider's account of Kavanaugh's appointment to the Supreme Court, is based on extraordinary access to more than one hundred key figures—including the president, justices, and senators—in that ferocious political drama. The Trump presidency opened with the appointment of Neil Gorsuch to succeed the late Antonin Scalia on the Supreme Court. But the following year, when Trump drew from the same list of candidates for his nomination of Brett Kavanaugh, the justice being replaced was the swing vote on abortion, and all hell broke loose. The judicial confirmation process, on the point of breakdown for thirty years, now proved utterly dysfunctional. Unverified accusations of sexual assault became weapons in a ruthless campaign of personal destruction, culminating in the melodramatic hearings in which Kavanaugh's impassioned defense resuscitated a nomination that seemed beyond saving. The Supreme Court has become the arbiter of our nation's most vexing and divisive disputes. With the stakes of each vacancy incalculably high, the incentive to destroy a nominee is nearly irresistible. The next time a nomination promises to change the balance of the Court, Hemingway and Severino warn, the confirmation fight will be even uglier than Kavanaugh's. A good person might accept that nomination in the naïve belief that what happened to Kavanaugh won't happen to him because he is a good person. But it can happen, it does happen, and it just happened. The question is whether America will let it happen again.
Other Authors:
Overdrive Inc.
Subjects:
Law
Politics
Nonfiction 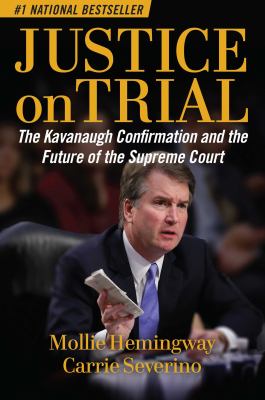 Justice on trial : the Kavanaugh confirmation and the future of the Supreme Court
Hemingway, Mollie Ziegler, author.