Karst, Leslie, author.
Format: Book
Edition: First edition.
Description: 314 pages ; 22 cm.
"Santa Cruz restaurateur Sally Solari's life is already boiling over as she deals with irate cooks and other staffing issues at the busy Gauguin restaurant. The rainy December weather isn't cooling things down, either. So she's steamed when her dad persuades her to take in Evelyn, her estranged blind cousin whose mother has just died of a drug overdose. But Evelyn proves to be lots of fun and she's a terrific cook. Back at the house she'd shared with her mom, Evelyn's heightened sense of touch tells her that various objects--a bottle of cranberry juice, her grandfather's jazz records--are out of place. She and her mom always kept things in the same place so Evelyn could find them. So she suspects that her mother's death was neither accident nor suicide, no matter what the police believe. The cousins' sleuthing takes Sally and Evelyn into the world of macho commercial kitchens, and the cutthroat competitiveness that can flame up between chefs. In Leslie Karst's scrumptious fourth Sally Solari mystery, Sally will have to chop a long list of suspects down to size or end up getting burned."--Amazon.
Series: Karst, Leslie. Sally Solari mystery ; 4.
Subjects:
Restaurateurs -- Fiction.
Murder -- Investigation -- Fiction.
Blind -- Fiction.
California -- Fiction.
Santa Cruz (Calif.) -- Fiction. 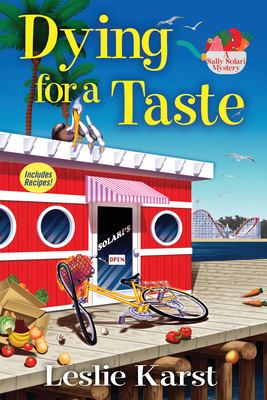 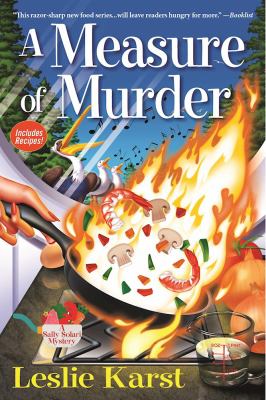 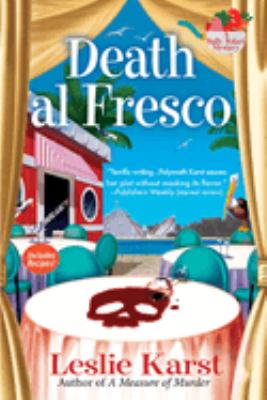