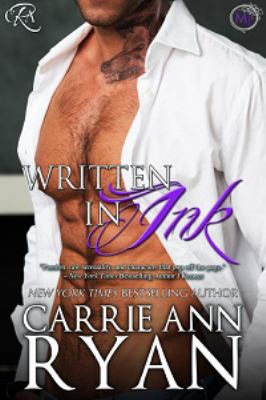 Ryan, Carrie Ann, author.
Format: Ebook
Description: 1 online resource.
There's nothing worse for a writer than missing a deadline. For Griffin Montgomery, his failure to do what he loves comes at a blow. He didn't understand how it was affecting his life until his well-meaning family intercedes. His sisters have hired him a new personal assistant and he's outraged-that is, until he sees who it is. Autumn Minor is light on her feet and a bare memory for most people she meets. She does her best to blend in everywhere she lives, even if it's only for a short period of time. Making sure no one truly notices her is the only way she's survived this long. Only when she meets Griffin and the rest of the Montgomerys, she's afraid she won't be able to let go when it's time to run. Though the two begin a tentative but explosive relationship, they know it can't last forever. Neither of them are made for the long haul when it comes to love and romance. When the demons from Autumn's past find her and put both their lives at risk, Griffin will stop at nothing to protect her. In the end, though, he'll be the one who needs a second chance.
Series: Ryan, Carrie Ann. Montgomery Ink ; bk. 4.
Other Authors:
hoopla digital.
Subjects:
Man-woman relationships -- Fiction.
Authors -- Fiction.
Administrative assistants -- Fiction.
Electronic books.