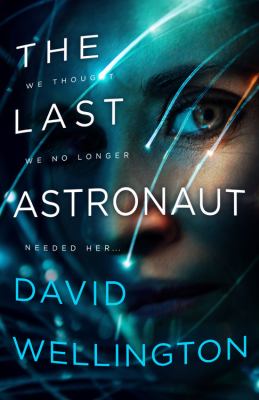 Wellington, David, author.
Format: Book
Edition: First edition.
Description: 392 pages ; 24 cm
"A tense and thrilling sci-fi adventure of space exploration and first contact, perfect for fans of The Martian, Arrival, and Interstellar. Sally Jansen was NASA's leading astronaut, until a mission to Mars ended in disaster. Haunted by her failure, she now lives in semiretirement, convinced her days in space are over. She's wrong. A large alien object has entered the solar system and is now poised above the Earth. It has made no attempt to communicate and has ignored all incoming transmissions. With no other living astronauts to turn to, NASA wants Jansen to lead an expedition to the object. For all the dangers of the mission, it's the shot at redemption she always longed for. But as the object slowly begins to reveal its terrifying secrets, what began as a journey to make First Contact becomes a desperate struggle for survival...and one thing becomes horribly clear: the future of humanity lies in Jansen's hands"-- Provided by publisher.
Subjects:
Astronauts -- Fiction.
Human-alien encounters -- Fiction.
Survival -- Fiction.
Outer space -- Exploration -- Fiction.