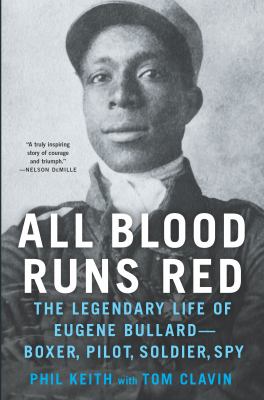 Keith, Phil, 1946- author.
Format: Book
Description: 350 pages, 16 unnumbered pages of plates : illustrations ; 24 cm
The incredible life story of Eugene Bullard, the first African American military pilot in WWI, who went on to become a self-taught jazz musician, a Paris nightclub impresario, a spy in the French Resistance and an American civil rights pioneer. Eugene Bullard lived one of the most fascinating lives of the twentieth century. The son of a former slave and an indigenous Creek woman, Bullard fled home at the age of eleven to escape the racial hostility of his Georgia community. His five-year journey led him to a tramp steamer bound for Europe. There he discovered boxing, climbed the ranks and garnered worldwide fame as the "Black Sparrow." At eighteen he settled in Paris as a beloved celebrity and bon vivant. A year later World War I broke out. Bullard joined the French Foreign Legion, where he went on to become the first African American fighter pilot in history. After the war, Bullard returned to Paris a decorated war hero and leveraged his celebrity to become a fixture of Parisian nightclub society. Hemingway and Fitzgerald drank champagne at his club. A young Langston Hughes worked as a busboy. He counted Picasso, Josephine Baker and Man Ray as friends. He married a French countess and they had two daughters. At the dawn of World War II, with echoes of Casablanca, Bullard became a French spy, drawing Nazi soldiers to his club and conducting crucial surveillance for the Allies. After fleeing Paris he joined the Resistance before being safely smuggled onto a ship bound for America. He lived out the rest of his life in Harlem with his daughters, working as an assistant for Louis Armstrong. This is the dramatic untold story of an American hero, a thought-provoking survey of the twentieth century and a portrait of a man who came from nothing and by his own courage, determination, gumption, intelligence and luck forged a legendary life.
Other Authors:
Clavin, Thomas, author.
Contents: The runaway -- The fighter -- The pilot -- The impresario -- The spy -- The pioneer.
Subjects:
Bullard, Eugene Jacques, 1895-1961.
African American fighter pilots -- France -- Biography.
Fighter pilots -- France -- Biography.
World War, 1914-1918 -- France -- Aerial operations.
World War, 1939-1945 -- France -- Aerial operations.
Race discrimination -- United States -- History -- 20th century. 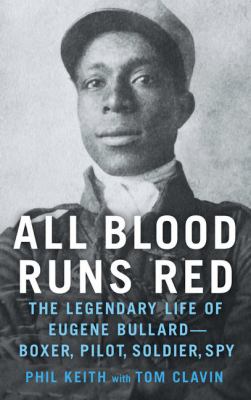