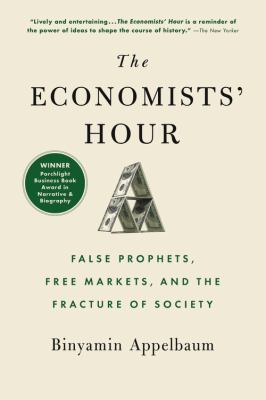 Appelbaum, Binyamin
Format: Ebook
An original history of ideas, and an unforgettable portrait of power , New York Times editorial writer Binyamin Appelbaum tells the story of the people who sparked four decades of economic revolution. Before the 1960s, American politicians had never paid much attention to economists. But as the post-World War II boom began to sputter, economists gained influence and power. In The Economists' Hour , Binyamin Appelbaum traces the rise of the economists, first in the United States and then around the globe, as their ideas reshaped the modern world, curbing government, unleashing corporations and hastening globalization. Some leading figures are relatively well-known, such as Milton Friedman, the elfin libertarian who had a greater influence on American life than any other economist of his generation, and Arthur Laffer, who sketched a curve on a cocktail napkin that helped to make tax cuts a staple of conservative economic policy. Others stayed out of the limelight, but left a lasting impact on modern life: Walter Oi, a blind economist who dictated to his wife and assistants some of the calculations that persuaded President Nixon to end military conscription; Alfred Kahn, who deregulated air travel and rejoiced in the crowded cabins on commercial flights as the proof of his success; and Thomas Schelling, who put a dollar value on human life. Their fundamental belief? That government should stop trying to manage the economy. Their guiding principle? That markets would deliver steady growth, and ensure that all Americans shared in the benefits. But the Economists' Hour failed to deliver on its promise of broad prosperity. And the single-minded embrace of markets has come at the expense of economic equality, of the health of liberal democracy, and of future generations. Timely, engaging and expertly researched, The Economists' Hour is a reckoning-and a call for people to rewrite the rules of the market.
Other Authors:
Overdrive Inc.
Subjects:
Business
History
Politics
Nonfiction 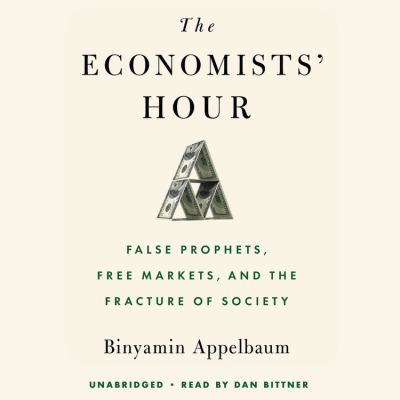 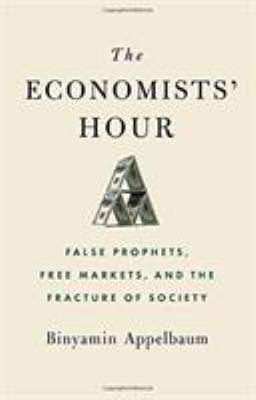