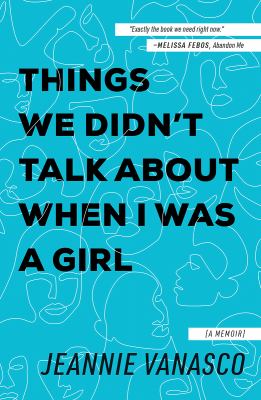 Vanasco, Jeannie.
Format: Ebook
Related Information: https://api.overdrive.com/v1/collections/v1L1BRwAAAA2g/products/57c0a723-7a77-4140-bbd1-e414061f0a54
Description: text file
"Such a confrontation is bold, unsettling and timely. (Vanasco) wanted to find out how a person who hurts others talks to himself about his actions. If we are ever going to reduce sexual violence, it's a critically important question." ?Laurie Halse Anderson in TIME "It's hard to overstate the importance of this gorgeous, harrowing, heartbreaking book . . . Vanasco is whip-smart and tender, open and ruthless; she is the perfect guide through the minefield of her trauma, and ours." ?Carmen Maria Machado in Bustle A Most Anticipated Book of Fall at Time, NYLON, Bustle, Pacific Standard, The Millions, Publishers Weekly, Chicago Tribune and more! Jeannie Vanasco has had the same nightmare since she was a teenager. She startles awake, saying his name. It is always about him: one of her closest high school friends, a boy named Mark. A boy who raped her. When her nightmares worsen, Jeannie decides?after fourteen years of silence?to reach out to Mark. He agrees to talk on the record and meet in person. "It's the least I can do," he says. Jeannie details her friendship with Mark before and after the assault, asking the brave and urgent question: Is it possible for a good person to commit a terrible act? Jeannie interviews Mark, exploring how rape has impacted his life as well as her own. She examines the language surrounding sexual assault and pushes against its confines, contributing to and deepening the #MeToo discussion. Exacting and courageous, Things We Didn't Talk About When I Was a Girl is part memoir, part true crime record, and part testament to the strength of female friendships?a recounting and reckoning that will inspire us to ask harder questions and interrogate our biases. Jeannie Vanasco examines and dismantles long-held myths of victimhood, discovering grace and power in this genre-bending investigation into the trauma of sexual violence.
Other Authors:
OverDrive, Inc.
Subjects:
Biography & Autobiography.
Nonfiction. 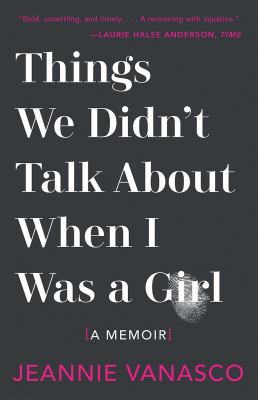 Things we didn't talk about when I was a girl : [a memoir]
Vanasco, Jeannie.

Things We Didn't Talk About When I Was a Girl: A Memoir
Vanasco, Jeannie.