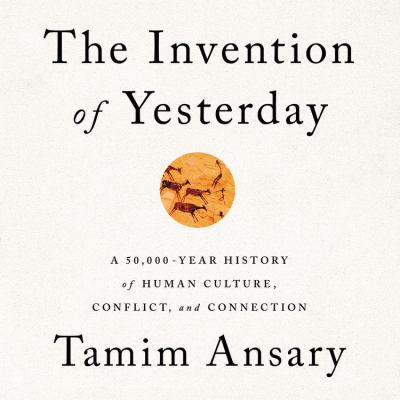 Ansary, Tamim.
Format: Eaudiobook
Edition: Unabridged.
Description: 1 online resource(1 sound file (17hr.,5min.,11sec.))
A sweeping global human history that describes the separate beginnings of the world's major cultural movements — Confuscianism, Islam, Judeo-Christianity and Nomadism — and the dramatic, sometimes ruinous, sometimes transformative effects of their ever closer intertwinement that is the defining feature of our world today.Forty thousand years ago, the human species existed as thousands of small, virtually autonomous bands, roaming a world almost entirely untouched by humans, each band in contact with a few neighbors but unaware of the thousands of others spread across the planet. Today, no life can unfold in isolation from the general flux and flow of human activity. Every habitable inch of the planet is inhabited by humans, there is no place left untouched by our presence, and events anywhere on this planet can have consequences felt by people anywhere else on this planet. The center of the world no longer seems to be this place or that place but the system as a whole.This journey — from vulnerable small groups to a planet-encompassing hive — is the subject of Tamim Ansary's elegant and gripping history. His object is not just to describe the journey, but to illuminate the many essential human qualities that it preserves — our various gods and laws, our rulers and bankers, our philosophers and outcasts, each of which is a continuous presence in the various global cultures. They are the survivors in the human drama, whereas nation states, corporations, policies and political ideas are all susceptible to violent upheaval and dramatic erasure. Our current moment, Ansary shows, is one of revolutionary reinvention, as old habits are cast aside and reconfigured by the ever more intertwined world we have created. The whole of human history, after all, has been leading up to it.
Other Authors:
cloudLibrary
Subjects:
SOCIAL SCIENCE
Anthropology
Cultural

The Invention of Yesterday
Ansary, Tamim