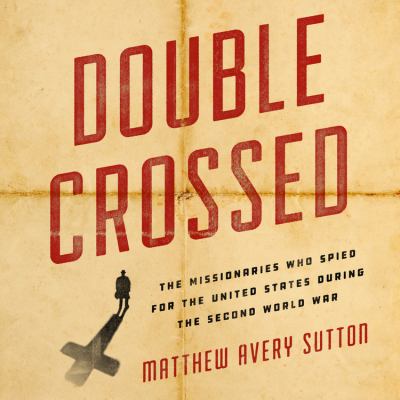 Sutton, Matthew Avery
Format: Eaudiobook
The untold story of the Christian missionaries who played a crucial role in the allied victory in World War II What makes a good missionary makes a good spy. Or so thought "Wild" Bill Donovan when he launched a secret new program under the Office of Strategic Services. His recruits, in turn, believed an American victory would help them protect their foreign ministries and expand the kingdom of God.In Double Crossed , historian Matthew Avery Sutton tells the extraordinary story of the entwined roles of spycraft and faith in World War II. Sutton shows how missionaries, though acutely aware of the conflict between their faith and their role as secret agents, nonetheless played an outsize part in the war, carrying out bombings and assassinations. After securing victory, those who survived helped establish the CIA, ensuring that religion continued to influence American foreign policy. Gripping and authoritative, Double Crossed is a remarkable account of the spiritual stakes of World War II.
Other Authors:
Di Loreto, Angelo
Overdrive Inc.

Double crossed : the missionaries who spied for the United States during the Second World War
Sutton, Matthew Avery, 1975- author.

Double Crossed The Missionaries Who Spied for the United States During the Second World War
Sutton, Matthew Avery.