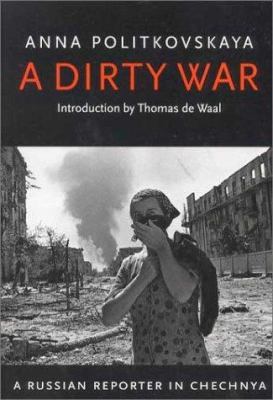 A Russian Reporter in Chechnya

Politkovskai︠a︡, Anna.
Format: Book
Description: xxxii, 336 pages : illustrations, map ; 21 cm
The first account written by a Russian woman of the Chechen conflict, A Dirty War is an edgy and intense study of a country in crisis. Exasperated by the Russian government's attempts to manipulate media coverage of the war in Chechnya, journalist Anna Politkovskaya set off for the front line to report back and keep events in the public eye. In a series of articles from July 1999 to February 2000 she vividly described the atrocities and abuses of the war, both the corruption at the heart of post-Communist Russia and the equally spurious arguments and abominable behaviour of the Chechens. In her woman's view of the conflict Politkovskaya excoriates male stupidity and brutality on both sides and anatomises a war that is splitting apart her homeland. Showing a persistence and a determination beyond that of her male colleagues she has exposed the uncomfortable truths about a dirty war.
Other Authors:
De Waal, Thomas.
Subjects:
Politkovskai︠a︡, Anna -- Travel -- Russia (Federation) -- Chechni͡a.
Chechni͡a (Russia) -- History -- Civil War, 1994- -- Press coverage.