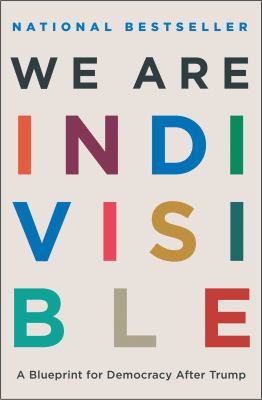 Levin, Ezra.
Format: Ebook
Description: text file
"The breakout star of the new activists." ? The Economist "If Democrats are able to retake the House in 2018, it will be a victory built from Greenberg and Levin's blueprint." ?Politico "One of the biggest successes so far this year...Indivisible has played a leading role in turning out voters at congressional town halls to voice their opposition." ? The New York Times " The centerpiece of a robust new grassroots machinery." ? Rolling Stone This is a story of democracy under threat. It's the story of a movement rising up to respond. And it's a story of what comes next. Shortly after Trump's election, two outraged former congressional staffers wrote and posted a tactical guide to resisting the Trump agenda. This Google Doc entitled "Indivisible" was meant to be read by friends and family. No one could have predicted what happened next. It went viral, sparking the creation of thousands of local Indivisible groups in red, blue, and purple states, mobilizing millions of people and evolving into a defining movement of the Trump Era. From crowding town halls to killing TrumpCare to rallying around candidates to build the Blue Wave, Indivisibles powered the fight against Trump?and pushed the limits of what was politically possible. In We Are Indivisible: A Blueprint for Democracy After Trump, the (still-married!) co-executive directors of Indivisible tell the story of the movement. They offer a behind-the-scenes look at how change comes to Washington, whether Washington wants it or not. And they explain how we'll win the coming fight for the future of American democracy. We Are Indivisible isn't a book of platitudes about hope; it's a steely-eyed guide to people power?how to find it, how to build it, and how to use it to usher in the post-Trump era. * All proceeds to the author go to Indivisible's Save Democracy Fund
Other Authors:
OverDrive, Inc.
Subjects:
Politics.
Nonfiction. 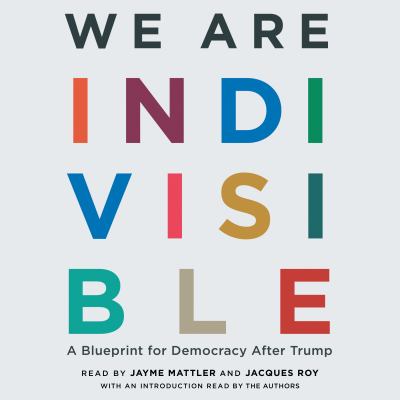 We Are Indivisible
Levin, Ezra. 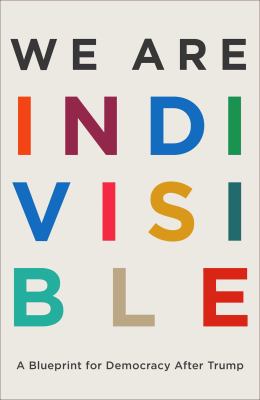 We are indivisible : a blueprint for democracy after Trump
Greenberg, Leah, author.